Home News Are homemade masks safer than made in China? FDA changed its mouth... 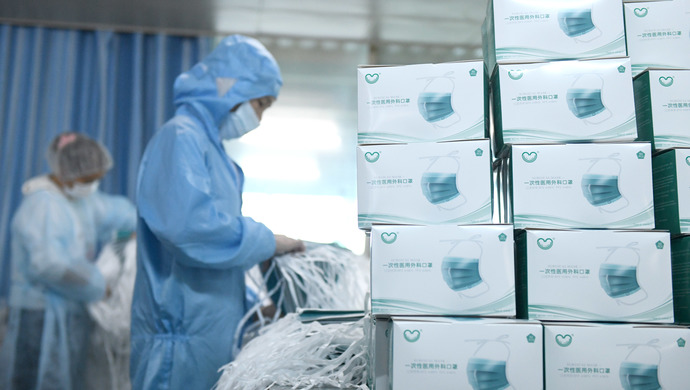 Checking the website of the US Food and Drug Administration (FDA) found that as of April 11th, the masks produced by 46 factories in China have received the Emergency Use Authorization (EUA). This includes both wholly foreign-owned enterprises such as 3M China, and more of them are local Chinese manufacturers such as Ogilvy Medical, BYD, Zhongding Testing, Yongtai Sanlian, Jinal Medical and so on. Among the above-mentioned enterprises that obtained emergency authorization, 26 masks were manufactured using the Chinese KN95 standard. The United States has “face-changed” several times before providing Chinese companies with EUA authorization.

●On March 17, the official website of the US Centers for Disease Control and Prevention (CDC) clearly pointed out that the American people can use some other national standard masks, including the KN95 or KN100 masks made in China, when the supplies are insufficient.

●When the FDA announced the list of standard masks from other countries authorized by the EUA on March 24, Chinese masks were excluded.

●On March 28th, in order to alleviate the shortage of medical protection equipment in the country, the FDA urgently approved non-N95 masks certified by the European Union and 5 countries (Australia, Brazil, Japan, South Korea, Mexico), but KN95 masks have not yet obtained emergency authorization.

●On April 3, the FDA stated in a document that KN95 masks made in China can be used as backup products. When N95 masks are not enough, they can be used. However, before using the KN95 mask, you must go through the “relevant authorization”, that is, confirm that the batch of items meet the “relevant conditions”.

●On April 8th, a new document on the FDA website was informed that the masks produced by 4 Chinese companies of BYD Precision, BeiBeiSafetyCo., Ltd (headquartered in Taiwan, China), Fujian Conson Daily Products Co., Ltd., and Winney Technology Development Co., Ltd. have received FDA ’s Emergency Use Authorization (EUA). This newly released document marks that KN95 masks produced in accordance with Chinese standards have been officially approved by the US regulatory authorities. 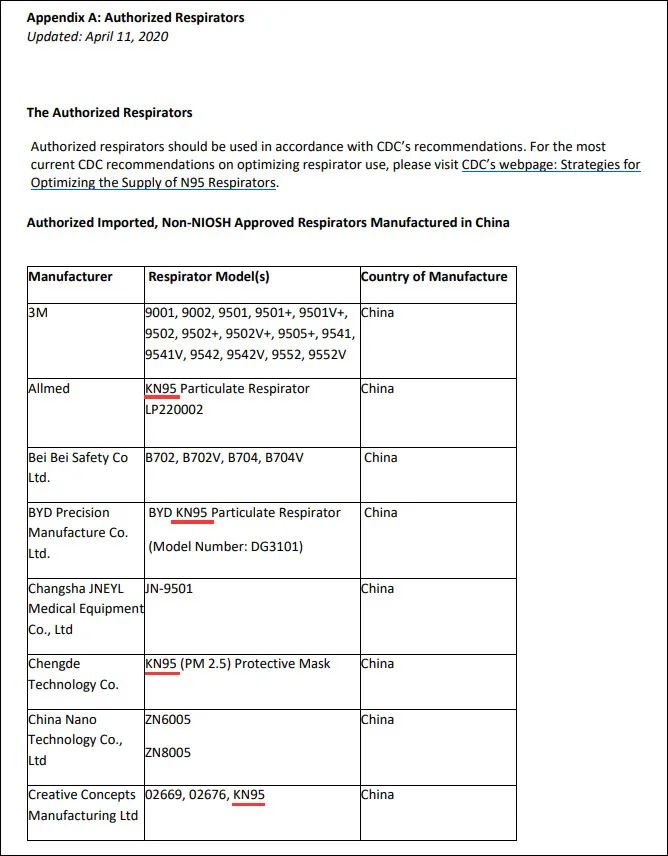 Why does the FDA “face change” so frequently that it finally accepts the KN95 mask that meets Chinese standards? The main reason is that the number of confirmed cases and deaths in the United States has grown rapidly.

According to real-time statistics released by Johns Hopkins University in the United States, as of 8:30 a.m. Beijing time on April 14, the cumulative number of diagnoses in the United States reached 581,679. On April 11, US President Trump approved Wyoming ’s declaration of a “great catastrophe” due to the New Coronary Pneumonia epidemic, which means that all 50 US states, the capital Washington, and the US Virgin Islands, Northern Mariana Islands, and Guam This is the first time in the history of the United States that all four overseas territories in Puerto Rico have entered a “catastrophic state”.

Such a severe situation has caused the demand for masks in American society to grow rapidly. 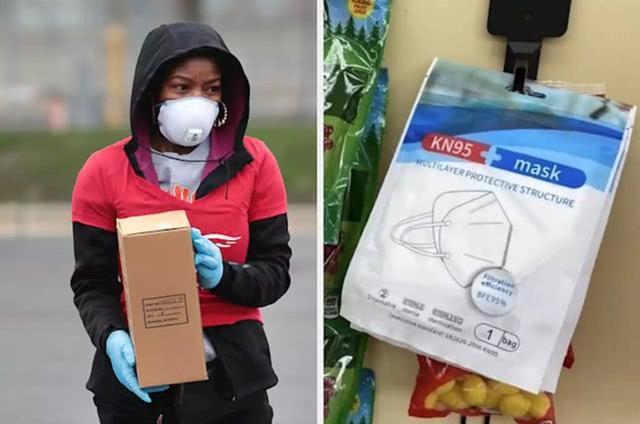 In an interview with CGTN on April 6, Dr. Megan Lenny, an emergency physician at Brown University, said that the US Federal Government recently reported that the masks and other protective equipment of the US strategic reserve have basically been used up and they are looking for these urgent needs Replacement of protective equipment, but unfortunately, the situation has not improved compared to a few days ago.

In order to solve the problem of shortage of masks, California will adopt new technology to disinfect and reuse N95 masks. According to CCTV News, on April 8th local time in the United States, California Governor ’s Office of Emergency Services Mark Girarducci announced that California will cooperate with Battelle ’s new technology to clean, sterilize and reuse N95 masks. The technology can clean up to 80,000 masks per day to ensure that the material of the mask will not be degraded, and at the same time, each mask can be reused 20 times.

On April 2, medical staff in New York, USA, took to the streets again to strike, demanding that the government guarantee protective equipment. Doctor Laura said to people on the street: I feel like a slaughtered lamb, and my colleagues and I are writing medical orders. I am only 28 years old, and I worry that I will not survive the epidemic because I have to go to the hospital to work every day. 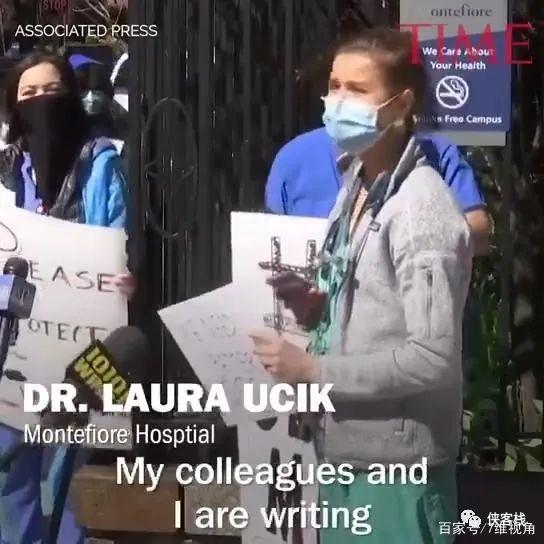 Calling yourself a lamb to be slaughtered is not just medical care in New York, but also in other states. Marianne Hamra, a doctor who works in New Jersey, told CNN reporters: What makes us feel unacceptable is that we are sending medical staff without any protection to the slaughterhouse like lambs. And CDC let us handkerchiefs and scarves? Don’t joke, that’s ridiculous.

According to CCTV news reports, Anna Ashton, the administrative director of the US-China National Trade Commission, revealed that her community called on residents to make masks to donate to the hospital. She was puzzled. The quality of the masks made by residents would be better than the Chinese-made KN95 ?

What is the difference between N95 masks and KN95 masks?

The letters in front of each mask type represent different national standards. The N series of masks are American standards, KN ​​series are Chinese standards, FFP series are European standards, and KF series are Korean standards. The numbers in the back refer to the protection capability, the greater the protection level, the higher the protection level. 95 refers to the ability to filter out more than 95% of non-oily particles. The 90 series is not as high as 95, but it can also resist more than 90% of particles. In the FFP series, 2 basically corresponds to 95, and 3 has a higher filtering efficiency, reaching 99%. A V at the end of the number indicates that there is a breathing valve. According to US law, without the approval of the FDA, masks and most medical devices manufactured outside the US cannot be sold in the US market. As the world’s major producer of masks, there are differences in mask standards between China and the United States.

According to 3M, the world’s largest mask manufacturer, KN95 is “equivalent” to N95 masks, and “it can be expected to function very similarly.” If we have to sort the filtering capabilities, we can simply understand this as: FFP3> FFP2 = N95 = KN95 = KF94> KN90.

Chinese Foreign Ministry spokesperson Hua Chunying responded to the matter at a regular press conference on the 1st, saying that under the current epidemic situation, masks are urgently needed by countries, and domestic demand is also huge. Chinese companies are working at full capacity, working overtime, and working around the clock. While meeting domestic demand, they try to provide protection for the prevention and control of epidemics in various countries. Indeed, the supply of anti-epidemic materials also involves specific issues such as differences in product certification standards in different countries and regions. However, these issues should not become obstacles to the cooperation of anti-epidemic materials.

According to FDA documents, masks made in China are authorized by the EUA and need to meet three requirements: First, manufacturers with one or more NIOSH (National Institute of Occupational Safety and Health) certified products, in accordance with applicable authorization standards in other countries FDA can verify other types of filter mask respirator (FFR) produced; the second is authorized by other regions outside of China, the FDA can verify; the third is a test report issued by an independent testing laboratory, which can show its If the product performance meets the applicable test criteria, FDA can verify it.

Liu Yuanli, dean of the School of Public Health at Peking Union Medical College, believes he can understand the United States ’legitimate concerns about“ quality control ”. In fact, China ’s relevant departments, customs and FDA recently jointly issued new policies to further strengthen the declaration and certification procedures for exported reagents, masks, ventilators and medical equipment, which means that China has been working hard to strengthen quality control, but He believes that US concerns about “quality control” should not be an obstacle for frontline medical personnel to provide protective equipment.

Analysts generally believe that relevant Chinese agencies have taken effective measures in a timely manner to strengthen the quality control and assurance of medical products, and have won more international trust. 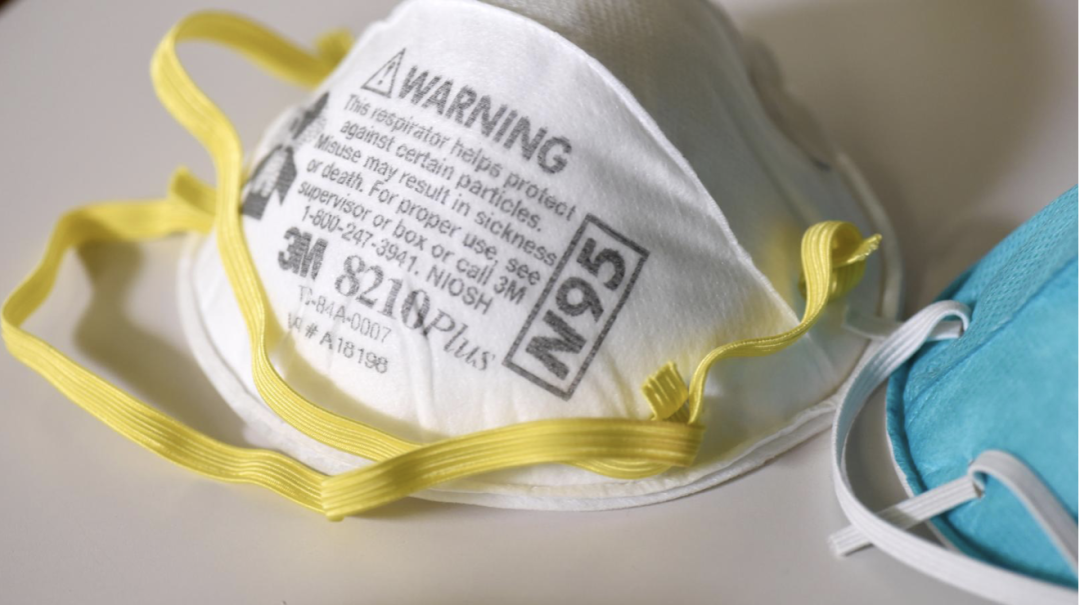 Successively, the Ministry of Commerce, the General Administration of Customs and the State Administration of Drug Administration jointly issued the “Announcement on the Orderly Development of Export of Medical Materials” (hereinafter referred to as the “Announcement”), which requires the export of new coronavirus testing reagents, medical masks, and medical protective clothing , Ventilator, infrared thermometer and other five types of products must obtain the relevant qualifications of the national drug regulatory authority and meet the quality standards of the importing country (region). The violation of laws and regulations on the export of medical materials will be dealt with seriously. This has also won more international trust.

Related Links→
◆Mask export: The EU can obtain CE.FDA certification in as fast as 3 days, and foreign trade companies are ready
◆What is the difference between N95 and KN95 masks? Experts teach you to recognize all kinds of masks
◆Most Effective Protective Mask For the New Coronavirus