A new study from social media competitive intelligence platform, BrandTotal analyzed all of the paid social campaigns for some of the biggest brands (e.g. AT&T, Buffalo Wild Wings, Infiniti, etc) advertising for the March Madness frenzy – here are a couple of the findings from the report:

Did you fill out a bracket?

A common question around the office this time of year. March Madness is a time when colleges across the country come together for one of the biggest sports and media spectacles of the year — save for the Super Bowl. While it’s structured around the student-athlete ecosystem, this “college” tournament brings in an estimated $1 billion in revenue to the NCAA, not to mention, according to The American Gaming Association, an estimated $9.2 billion in gambling on various brackets, and pools surrounding the event. When there is that much money — and attention at stake, we want to know how brands are driving and inserting themselves into the conversation.

Instagram ads focusing on awareness (60%) and consideration (39%), while YouTube ads were focused 100% on conversion and getting you to watch the games.

Two of the most successful ads, in terms of engagement, have been on Instagram. Both featuring University of Central Florida breakout star, Tacko Fall or Tacko “Tall” as his friends call him (he’s 7’6″). 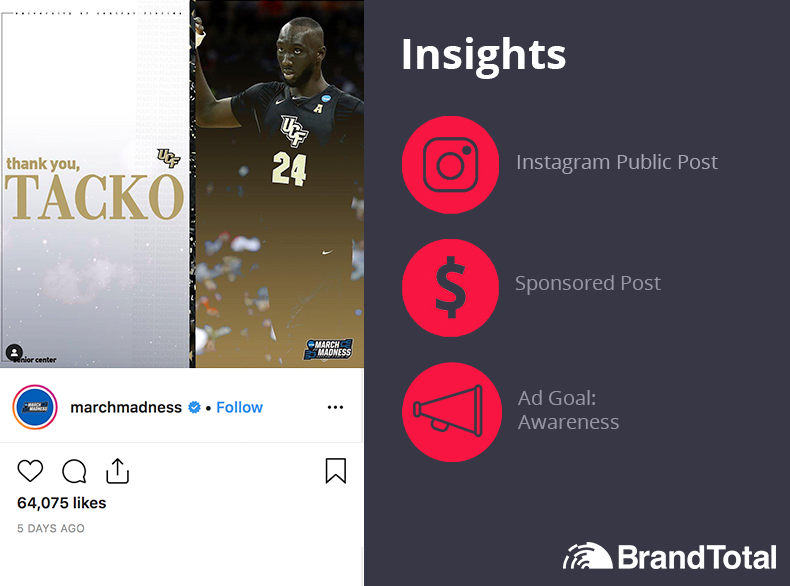 How do people feel about March Madness 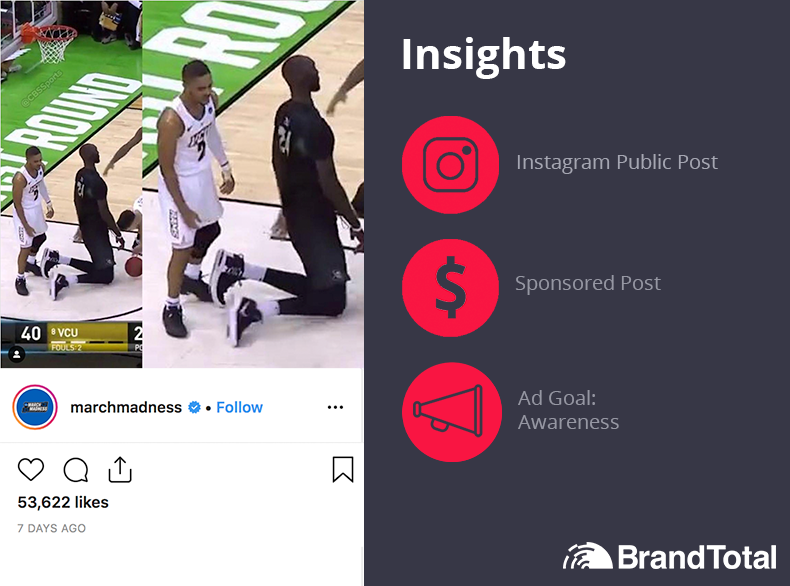 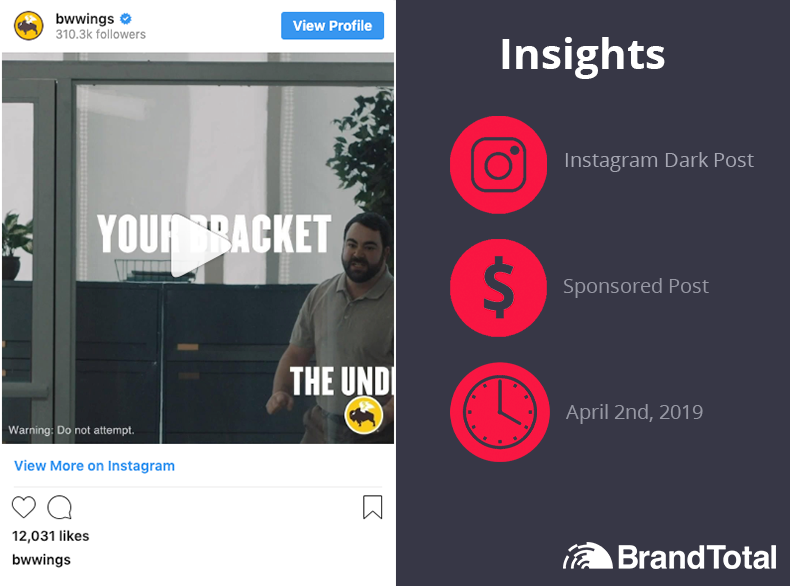 How do people feel about Buffalo Wild Wings and March Madness

The posts around the brand have been pretty similar in terms of positivity 21% and negativity 22%.

Across all of their channels, 100% of the creatives are focusing on consideration.

The ad that generated the most engagement was an Instagram dark post that continued their “Just okay, is not okay” campaign but with a March Madness twist. 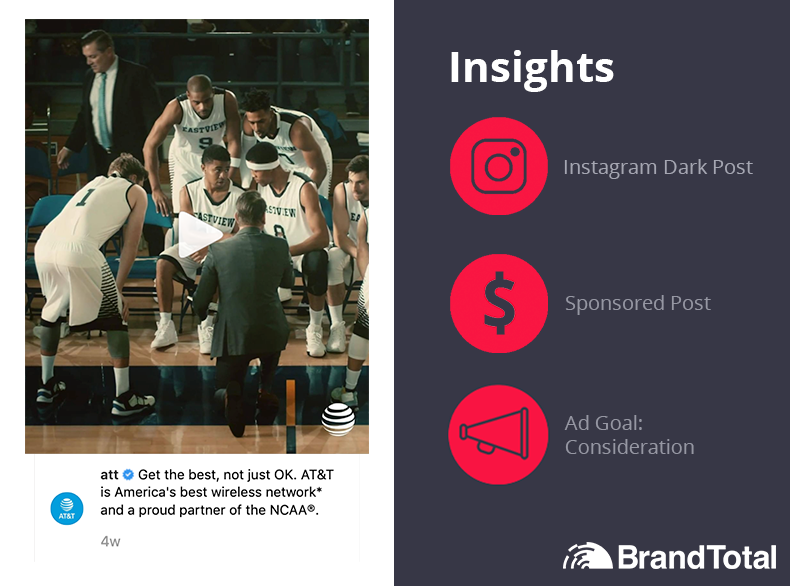 How do people feel about AT&T and March Madness

The main channel used for this campaign has been Instagram, with 85% of the posts coming from there, and the other 14% coming from Facebook.

Similar to AT&T, there is a 100% focus on consideration across all channels being used.

The ad that has been succeeding the most was from their competition campaign. Where, if you posted a video of a trick shot / cool video with the campaign hashtag #TIMEOUTFTW and #INFINITICONTEST, you were entered into a raffle for a trip to see the final four. 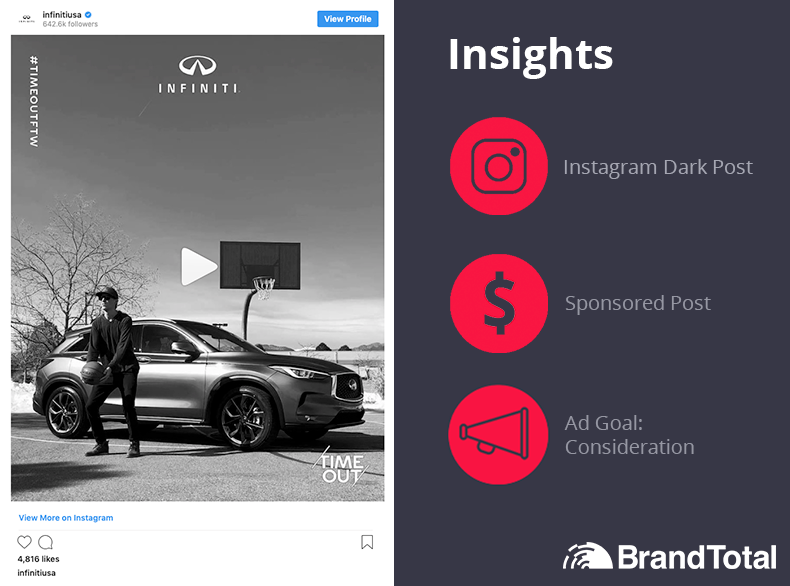 How do people feel about Infiniti and March Madness

As March Madness continues, we will be posting updates on other campaigns surrounding the tournament.

Check back to keep up on the pulse of March Madness marketing.