As the nineteenth century came to be defined by the Industrial Revolution, and the twentieth by social revolution, this century has so far been characterized by the digital revolution. There are now more than four billion people connected to the internet globally, with more than three billion of these being active users of social media platforms.

With social media taking an increasingly significant role in society – after all, we’ve had the first social billionaire, and arguably, the first social President – a number of other industries have capitalized on the opportunities it has created. The most prominent of these has been that of influencer marketing – which leverages the persuasive power of those with large social followings to bring attention to a company and its products. The influencer marketing sector is now worth northwards of $2 billion, and this figure is projected to rise to $10 billion by 2020.

For influencer marketers, Instagram has become the platform of choice. It retains a massive user base, with more than a billion people logging onto the site monthly. Further, with research revealing that 72 percent of Instagram users have made a purchase after seeing something on the site, a well-formulated Insta-strategy can do wonders for the bottom line of a business.

To help aid marketers, Instagram recently announced that it was taking steps to formalize the relationship between brands and content creators in its ‘Branded Content Ads’ update. By approbating the entire ‘influencer marketing’ process, this update will play a significant part in the maturation of the industry.

In 2017, Instagram rolled out its Branded Content Partnership Program (BCPP). This was done to placate regulators, who had expressed concerns about influencers promoting brands without alerting their followers to the existence of a commercial relationship. This enabled influencers to tag posts and make it clear it was part of a paid for partnership. However, the reach of this post was limited to that of the influencer’s followers, and the terms of the BCPP did not allow brands to run ads with the post – preventing them from maximizing successful content.

Branded Content Ads now gives brands the power to sponsor posts created by content creators. So instead of being limited by the influencer in terms of their reach, brands can now promote these posts just like they would any other ad. It also gives them access to key analytic metrics, allowing them to see the true reach and engagement of the post without relying on influencers sharing their data. Finally, brands are also able to target specific demographics using Instagram’s algorithms, meaning they have much more confidence in reaching those that they wish to.

What does this mean for the influencer marketing industry?

The update does improve levels of transparency. With influencer fraud still a prevalent issue in the minds of marketers, the analytical tools provided now mean that brands can accurately judge the performance of a post. As a result, we could now see companies looking to up their influencer marketing activity thanks to increased confidence that they can judge the true value of a campaign.

Influencers also stand to gain from this update. On our platform we see scores of smaller, yet extremely creative micro-influencers on Instagram. Historically, their appeal and potential usefulness will have been undermined by the size of their audience, and the engagement they could provide to the brand. However, with the Branded Content Ads update, this will no longer be a determining factor. Companies will now have the ability to amplify the reach of content beyond the audience of that creator, meaning that a lack of engagement or reach will no longer be a barrier to a brand wanting to work with them. As such, we could now see brands focus on commissioning influencers to provide more creative, valuable content, rather than just utilizing their raw reach potential. Further, this could lead to an increase in their audience base, as their content will be projected beyond their own list of followers, giving them access to potential new fans and offering a new angle of value for brands to propose when negotiating deals with influencers.

Research has found that 92 percent of Instagram users distrust ads that aren’t clearly labeled. It also found that 57 percent don’t trust influencers who post about products or services that aren’t relevant to their channel. The Branded Content Ads update will help to improve trust. Ads will now be clearly labeled, and it will no longer be necessary to shoehorn a product into an irrelevant channel, as the importance of reach is lessened. It also improves the level of trust that brands have in influencer marketing, as they will now be able to measure the performance of a campaign.

Influencer marketing is a young industry, which has been fraught with issues of transparency and mistrust, which platforms like our own have sought to address. We need to see changes to secure the industry’s future, and luckily with this update, Instagram has done just that, and we look forward to helping our advertisers embrace it. 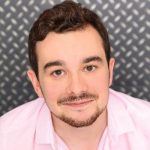 Ed is currently head of Strategic Partnerships at Post For Rent. Ed has over 10 years of experience in the entertainment industry. Initially working extensively in the music industry with heavyweight brands such as Monstercat, Trap Nation and Disciple, Ed built a large network of contacts at all levels. A seasoned brand campaign consultant, he has worked with household names such as EA, Hewlett Packard, Gameloft, Entertainment One, ISAWITFIRST, Audible and many more. Within PostForRent, Ed manages high profile social media influencers with a focus on diversifying their revenue streams.