The last couple of years have brought the concept of digital privacy into the spotlight.

It’s not that this wasn’t an issue of some concern in the past, but recent scandals such as that of Cambridge Analytica/Facebook really forced everyone to take a look at the nasty side of data collection and Internet privacy. Privacy is a funny thing, especially when marketers are trying to balance convenience and security.

Take, for example, the many, many studies that have demonstrated how much users want to see personalized marketing messages. About 70 percent of the people surveyed by a half dozen different firms said they wanted more personalized experiences with brands. To get that, however, they have to hand over some amount of data, which they were strangely against when asked about the ethics of tracking online data or using browser histories to create personalization. In fact, only about 20 percent were in favor.

It’s an odd dichotomy since users essentially know what the bargain is, but still, find it hard to believe they’ve made such a deal. Google and Facebook provide free services that folks in any developed country know by name. They’ve invested countless billions of dollars to create these experiences, and eventually, someone had to pay the bill. They ask for the privacy of users and users give it willingly in exchange for the service and a few targeted ads that some actually love, all the while complaining that there’s just no such thing as privacy anymore.

Companies like Amazon, Facebook and Google make no secret of the fact that they know where consumers have been and sometimes, even eerily seem to know what they’re thinking about at that very moment. Ad targeting and retargeting are popular tools among marketers because they work and they’re very cost-effective.

After all, why pay to show ads to people who have zero interest in the product or service that’s being offered? For marketers, the data that’s being collected from the many users online is just another way to more effectively target their advertising. For their part, the majority of marketers worldwide are trying to be more mindful of the balance between personalization and privacy, according to a Salesforce survey. Nearly half (44 percent) say that their company goes well above and beyond current regulations to protect consumer privacy.

Despite all of this, there’s nothing forcing these many data-reliant companies to protect the privacy of citizens of the United States. Unlike the European Union, which has stiff penalties for breaches of privacy and breaking of the public trust, the U.S. has no regulations or regulatory body tasked with producing them.

It’s a mantra that’s been repeated over and over again in various forms: “Don’t put anything online that you want to keep private.” In this current iteration of the Internet, this is absolutely a truism that U.S.-based companies will fall back on if put into a corner.

This is why some people are calling for a new social contract between users, data miners and advertisers. Harvard Business Review’s Dipayan Ghosh fleshed out some of the most important elements in such an unspoken agreement, which includes increased transparency for users, increased control over data privacy and opportunities for competition against remarkably large companies like Facebook and Google.

Maybe re-imagining how every element, from the platform that’s the source of coveted data to the advertisers who often are the last mile beneficiaries, utilizes consumer data is just in the collective subconscious right now. Maybe the end of innocence came when there was incontrovertible evidence that data was being used to fracture social media platforms into factions within factions.

Regardless of the reasons, Apple seems to be on the same wavelength, as Ghosh and is running with it.

Regardless of the influences driving change, change in data management is coming. Apple has led some tech revolutions, and there’s no doubt that it’s perfectly equipped to bring about changes in standards of privacy for internet users, improving the mock privacy they currently enjoy.

Apple recently announced a new line of services to attract new customers, including those that are concerned about privacy. They include a streaming TV service, news service, video game service and branded credit card, all meant to create new revenue streams that will help offset flattening iPhone sales. Smartphones have reached something of a saturation point, so it only makes sense that Apple would branch out a bit.

These new revenue streams won’t be totally free of data-collection, but they will be approaching the practice in a different way. Apple’s TV and news services won’t share data with anyone outside of the company and the gaming service will ask for consent before collecting any data. Although it’s not yet known what will happen to data that’s being collected, Apple continues to emphasize that any data collection will be done in such a way as to protect the user from breaches and manipulation.

Privacy online is a nice goal, but the truth is that it’s probably not ever going to be possible…not entirely, anyway. Consumers can’t have it both ways. Personalization requires data about the person getting personal with the many ad modules and websites that are made for that very purpose.

There are likely better ways to go about harvesting data, especially when it comes to consent, but it seems like the targeting data genie isn’t going back into the bottle any time soon. It’s too big of an income stream for mega-companies like Facebook and Amazon. Even and especially online, money talks. 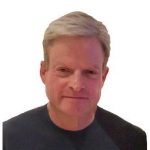