By Brian Bowman, CEO of ConsumerAcquisition.com

Facebook initially launched Campaign Budget Optimization (CBO) a year ago with the intent to give marketers the option to allow machine learning to control their budget at the campaign level. When CBO is activated, marketers allow Facebook to automatically move the budget to the most effective ad set in a campaign and to distribute budgets in real-time to increase efficiency. Essentially, marketers can run multiple ads within a single ad set, turn on CBO and Facebook will optimize to find the best ads and ad sets based on performance across a campaign and then distribute the budget to automatically maximize financial results. CBO is a powerful optimization tool offered by Facebook to simplify account management and reduce daily tasks.

Facebook is rapidly evolving, and their optimization algorithm is simplifying. Facebook just announced that CBO will be mandatory starting in September 2019. This is a big deal because budgets will no longer be controlled at the ad set level regardless if you are using Facebook power editor or a 3rd party bidding tool that has their own rules or algorithm for budget distribution. This is a very significant change to how Facebook campaigns will be managed and how the structure of Facebook campaigns will be built. Starting in September, Facebook will decide how to distribute campaign budget across ad sets based on performance. In short, marketers will no longer be able to make intraday changes and this will fundamentally change the way marketers buy media today on Facebook.

With this move, Facebook is signaling a move to automated media buying and simplifying how to manage budget and optimization of ad sets, much like their biggest competitor with Google’s Universal App Campaigns (UAC). From time-to-time, Facebook “pre-announces” large changes and new features, like hiding device IDs from custom audiences, to allow for time for market to provide feedback and for Facebook to validate their approach to determine if it needs modification. Other times like with the “significant edits” roll-out in February of 2018, Facebook releases the big change that the market is required to adopt to stay current with best practices.

Why Mandatory, Why Now?

By making CBO mandatory, Facebook is formally announcing that it is simplifying optimization and reducing the complexity of intraday changes. With this change, Facebook will be able to reduce the complexity of the media buying process, which will further level the playing field between large and small advertisers and experienced and inexperienced user acquisition managers. Additionally, this appears to be a necessary step on the road towards the simplification of their overall algorithm as they move towards offering a Google UAC-like product.

With the other optimization improvements Facebook has made over the past year, it’s easier than ever to buy media on their network. As Facebook continues to roll our new features, they gain more control over the media buying process and will continue to automate processes, decreasing complexity and increasing efficiency for all advertisers.

How to Be Ready for the Change to Mandatory CBO

Fortunately, marketers have time to experiment with this feature and prepare. Come September, all campaigns will automatically migrate to CBO, and this will impact how all existing and new campaigns run, so it is vital to test CBO now to be prepared for the transition.

Of course, there’s always a way around rules….. for a short while after the September rollout, you could “game” Facebook’s CBO requirement by restructuring accounts into thousands of campaigns with only one ad set and grab back granular control over budget allocation.

There are a few challenges with this approach:

Our message: take advantage of the months between now and September to get a better understanding of how to use CBO efficiently for your accounts. Test and re-test structuring campaigns so that you aren’t penalized with the mandatory migration in September. Here’s a potential advantage to CBO, marketers that embrace CBO find it easier to maintain accounts and they may be able to hire less experienced, lower cost staff to manage Facebook campaigns and redirect that capital back into the top of funnel marketing. 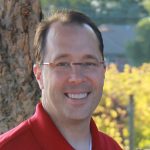 Brian Bowman is the Founder & CEO of ConsumerAcquisition. He has profitably managed over $1B in online advertising spend and product development for leading online brands including Disney, ABC, Match.com and Yahoo!.