Improved monetization will be a top priority on every mobile publisher’s roadmap in 2019, but the path to that revenue boost can take a variety of turns. The in-app environment is lucrative and the promise of short-term revenue boosts can seem very appealing, but it’s important that publishers take the long view when charting their course.

Let’s take a look at a few tempting but problematic areas where publishers often go wrong in the pursuit of improved monetization, as well as some more-sustainable options that lay the groundwork for long-term success with in-app advertising.

In the quest to broaden monetization opportunities, app publishers often look to add as many networks as possible to their mediation waterfalls, in hopes of ensuring no opportunities go unfilled. But such an approach poses a number of challenges.

In addition, all of these SDKs take a heavy toll on the app itself and the subsequent user experience. More integrations lead to larger app download sizes and greater latency for users, leading to higher rates of abandonment and uninstalls. In the end, while the app might boost its fill rates, it will ultimately lose revenue in the form of user attrition.

It takes time and effort for publishers to implement network SDKs within their mobile apps, so it’s understandable that publishing executives would look to recoup some of those costs in some way. Unfortunately, some publishers are taking such a mentality to the extreme by requiring networks to pay tens or even hundreds of thousand dollars to gain access to their mobile inventory. These amounts are well out of proportion with the amount of resources required to implement an SDK. But perhaps more importantly, they’re detrimental to the relationship between the publisher and network.

Pay-to-play requirements for networks don’t result in true partnerships, and that’s precisely what publishers need if they want to make the most of their valuable inventory. Barriers to entry for networks should be high, yes—but they should be high when it comes to quality, flexibility and revenue potential, rather than their ability to pay a flat fee for inventory access.

Beyond bulking up network numbers and barriers to entry, publishers need to resist the urge to take a “more is more” approach to ad placements themselves. This is perhaps the most tempting short-term fix to dwindling ad revenues, but it also has the most detrimental effects long-term.

Remember: User experience is everything. If additional ad units harm the user experience and result in laggy in-app experiences, then users will leave—in droves. Any action that results in such an exodus is not a viable long-term fix.

OK, so it’s easy to talk about the wrong paths to publisher revenue growth. But what about the right ones? Here are a few ideas for publishers looking to boost their CPMs and overall ad revenues in 2019:

Established paths to improved publisher revenue do exist, and they’re not always as daunting as publishers might fear. They simply require taking a longer view when it comes to balancing ad revenue with user experience. 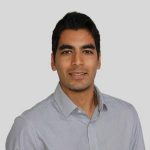 Kabir Mathur is Head of Business Development at Kiip, an ad tech and data platform powering mobile advertising that people like. Kabir excels at driving growth by helping build innovative products and strategic alliances. He is an experienced business development professional that has accelerated growth at startups as both a team leader and an individual contributor. He’s sold products and solutions into a variety of companies ranging from publicly listed giants to high growth technology firms. Kabir has a strong product mindset and has worked closely with Kiip’s product team to develop and launch a variety of new products that have helped solidify Kiip’s position as one of the most innovative companies in the ad-tech space. His specialties include monetization, user acquisition, product development, market research, building teams, account management and, mobile advertising.