ECI conducted 2 online studies among viewers of the NE vs LA championship football game. Each wave interviewed over 600 adults, 1 wave occurred immediately after the game and another a week later. Respondents reviewed a list of 69 brands, of which 35 had ads appearing during the game, and were asked which brands they recalled seeing ads for.

Beer brands topped the list of recalled ads but memory faded after 1 week as recall of brands advertising dropped as much as 8 percentage points. 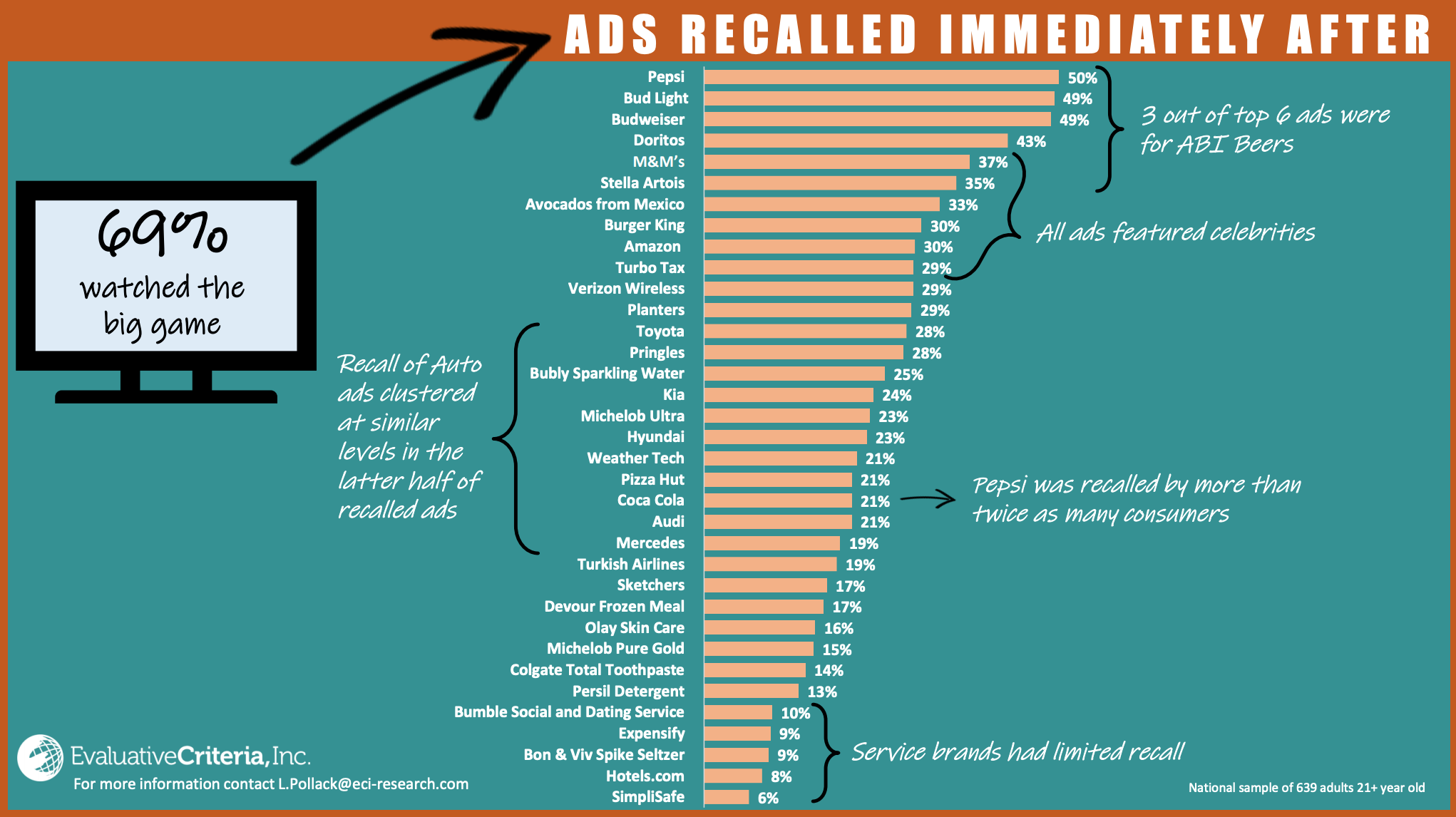 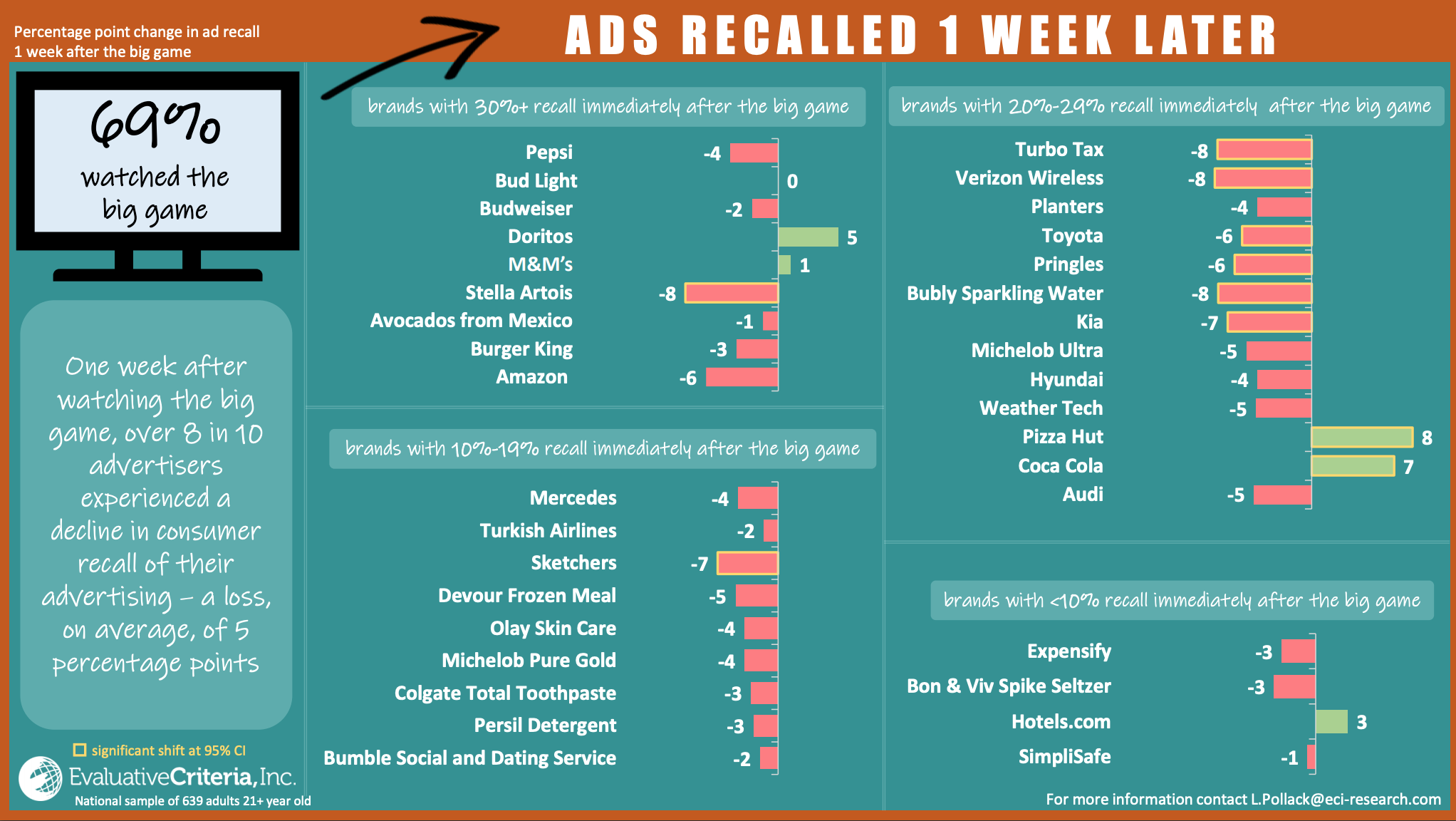