Home Spotlight What publishers can offer brands against any advertising “-opoly”

Advertising revenue has long been dominated by Facebook and Google, and now Amazon has proven itself a ready, and more than willing, third player to offer programmatic adverting opportunities through its Amazon Advertising Platform (AAP). More than an emerging player, its ad business reached $1.65B in 2017, which is more than both Twitter or Snapchat.

But against any advertising stranglehold, whether a duo or trio, publishers exist as a strong – and in some cases even superior – ad inventory option, especially for brand safety and engaging content. Amazon is poised to make a deep dent in the digital duopoly, but media companies have the opportunity to crack all three contenders wide open.

For those of us who haven’t already made peace with the fact that our devices and social networks track our every move and action online, the Cambridge Analytica data breach certainly brought that to light. Facebook took a historic hit and opened eyes to just how much tech giants like Facebook, Google and Amazon know about us.

Data privacy has heightened in the last months, leaving many consumers suspicious about what the companies that have access to their data are doing with it. As such, brands should look to diversify their advertising platforms, in turn distancing themselves from the companies at the core of this all-time high skepticism.

Publishers like USA TODAY and New York Times are coming to the table first with intriguing VR content untapping more immersive advertising opportunities. But emerging tech is only the tip of the iceberg when it comes to the premium content being offered by media companies. The effectiveness of advertising is not just about getting the ad to the eyeball of the target audience but is also dependent upon the richness of content around which it’s wrapped.

Media companies have a leg up on this because of their focus on producing exceptional content and drive to create a final product that viewers can trust. There is more weight to an ad attached to an engaging article, or video from a publisher as opposed to being wedged between a photo of your high school friend on vacation and a status update about what your grandmother had for lunch.

Not only is the content created by publishers more high-quality and accessible, but it’s inherently brand-safe. Google struggled most with this with YouTube after a series of unsavory YouTube videos ran alongside advertisements from brands without their knowledge. Premium publishers have more airtight guarantees around brand safe content thanks to human editors and institutional standards, effectively eliminating another major worry for advertisers.

Even despite these aforementioned values publishers can provide to advertisers, there is no denying the massive growth Google, Amazon and Facebook will continue to see that would strengthen the “us vs. them” mentality permeating the industry.

Media brands have the power to collectively drive the wedge between these giants, and I believe one of two things will happen within the next five years, if not sooner. Either publishers will join together to create a technology platform built specifically for premium ad sales; or, technology will catch wind of this need and build a platform that publishers can sign on with.

A platform that is more refined, more limited to a subset of sites, with more controls and security against fraud, will allow for a premium sale and better results for the ad buyer. For example, if a buyer wants to tap audiences specifically interested in something as specific as pets, this proposed platform would aggregate opportunities across relevant content from media companies who create content across this topic.

Just as Amazon has emerged as the third challenger to the Facebook/Google Duopoly, premium publishers will begin to emerge as a fourth contender, not only dividing the power more equally but spreading that wealth over a much larger network of media companies. A resulting leveled playing field will deliver better ad experiences for audiences who matter most to advertisers. 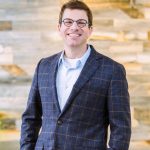 Mark Gorman brings more than 20 years of professional experience and leadership to his role as CEO at Matrix Solutions.

Prior, Mark worked closely with the Matrix executive team in his role as Managing Director for Main Line Equity Partners (MLEP). In 2013, MLEP provided growth capital investment to Matrix Solutions and Mark was appointed CEO in 2015. With Mark at the helm, Matrix has increased revenue over 45 percent and significantly expanded its customer base into new markets.

Mark possesses diverse experience in private equity and alternative asset industries, bringing with him significant transactional, analytical and marketing practice expertise. He holds a J.D. and M.B.A. with an emphasis in accounting from the University of Pittsburgh, and a B.A. in both Political Science and German from the University of Pennsylvania.