Digital advertising has been simultaneously the best and worst thing to happen to a lot of brands.

On one hand, the reach that can be achieved would be absolutely impossible by pre-digital standards, but with that, marketers end up having to try to tease out how many of those visitors are really ad bots or other forms of ad fraud.

Recently, for example, Buzzfeed reported on a massive ad fraud scheme run through a company called “We Purchase Apps.” Using 125 Android apps and websites, the company captured the behavior of a large number of Android users, then programmed bots to perform the same actions so they would pass as human.

Almost being human means you can generate clicks on ads and no one knows that you’re never going to buy because you’re just a slip of code.

Although advertisements on traditional television networks can be significantly more expensive than those running in digital channels, it’s extremely difficult to commit ad fraud when a network or local cable distributor is at the wheel. Having a physical barrier against fraudsters makes certain types of crimes simply not worth the effort.

As cable and local television retreat in the wake of distribution of over-the-top video via smart televisions and streaming units like Roku and Amazon’s Fire TV in every home, business and just about everywhere else, fraud on these devices is finally getting real traction.

Video is often where the big money is, and with so many security vulnerabilities across various digital channels, downloading the wrong app means opening those devices to the same kind of behavior tracking, fake clicks and bot clones as the “We Purchase Apps” group was pursuing.

According to reporting by Pixalate, which tracks 55 million OTT units by ID, 19 percent of global OTT advertisements are fraudulent; 18 percent of those located in the US are also fake. The firm predicts that marketers could lose up to $10 billion annually in spend by 2020.

In October 2018, the U.S.’s Trustworthy Accountability Group (TAG) and the UK’s Joint Industry Committee for Web Standards (JICWEBS) announced they would be working together to provide certifications to businesses that will identify them as genuine ad suppliers. The U.S. has been using this program since 2016, but the UK’s “Certified Against Fraud” stamp was only put into service on January 1, 2019.

The hope is that advertisers will see a dramatic drop in fake clicks, Mike Zaneis, the president and CEO of TAG, explained to CNBC. He claimed that in the U.S., TAG-certified members of the advertising industry have seen an 83 percent reduction in fraud when compared to the industry average.

Forbes ran an interesting interview with Dr. Augustine Fou, someone who has gained notoriety as a Cybersecurity and Anti-Ad Fraud Consultant and Researcher with some rather controversial opinions on the subject. He believes that ad fraud has yet to be extinguished because people at every level of the system, from the ad exchanges to the marketers who buy the ads, don’t really want it to stop.

“Long story short,” Fou explained, ”Every party in the entire supply chain wants it to continue. Therefore, no one wants to solve it.”

He goes on to elaborate that much of the trouble can be traced back to Venture Capitalists (VCs), the same guys who crashed the markets in 2000.

“It’s a glass house that will come crashing down. I don’t think it’s going to be a slow-burn kind of resolution to it,” Fou said. “The VCs have every incentive to keep this going because the whole concept of hyper scaling, there’s not enough humans to spend time online to continue to hyper scale. So, the only way you’re going to get hyper scaling is by using artificial means, bots. So, in that case, the VCs don’t want this to stop because they need a way to cash out. Everybody wants this to continue. But we have built ourselves a glass house and the only way this is going to get solved is when we have a crash like we did in 2000.”

It’s clear that digital ad fraud is an epidemic, and blight on the wider marketing world, but it can be slowed, maybe even stopped, if more marketers took a leading role in getting rid of it.

For example, conversion tracking can help site owners sort the real people from the bots. Though some bots will probably slip through, at least a good percentage will be caught with their hand in the candy bowl.

Those outside tracking applications like Google Analytics are hugely popular for a reason: they can tell a site owner even more about their traffic’s sources and link it back to advertising efforts. The metrics that Google reports should match those metrics of the advertiser themselves, otherwise, there’s something fishy going on. 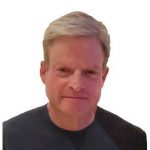