When Virtual Reality was first introduced, no one could anticipate that it would become such a hype so fast. You can now find it in movies, social media, video games, home automation, websites, and basically, any place that comes to mind. You can visit any equipped technology store worldwide, and chances are you will find VR equipment in it. VR technology has become so popular – it now sells like hotcakes.

In addition to being an excellent entertainment source, VR is now known as one of the most successful marketing strategies online. If you have a WordPress site and need a new way to promote your brand and content, this might be the tool you need to achieve your goals.

The biggest guns of technology on today’s market has used VR at some point or another. Samsung introduced the VR headsets for gaming on the market, while Zuckerberg spent $2 billion on Oculus with the goal to introduce VR on the Facebook platform.

“What used to be a hype has now become an explosion in the technology world. Marketers worldwide use VR tactics to increase revenue and promote their business, and the results are brilliant.’’ – says Helen Pierce, an IT specialist at EssayOnTime UK.

With all the features this technology introduced, it is no wonder that VR enjoys such growth. In 2017, the revenues hit $7 billion. The number of users is expected to reach 300 million by the year 2020.

Reasons to Invest in VR Marketing

Everyone seems to be interested in virtual reality and this technology innovation. Here are the pros of investing in VR marketing for your website:

Virtual reality promotes emotions, which are a grand factor in driving engagement on your site. People love being into stories and connecting to them, and there is literally nothing as close to being in a story than virtual reality.

People get emotionally attached to stories virtual reality helps them discover. The participants in a study showed more engagement on platforms where VR was introduced compared to sites where it wasn’t. Video content kept the users engaged for 34%, while VR engaged them for 50%. According to the findings, this technology drove a 27% higher response than 2D did, and a 17% higher than video.

VR will open the door to more creativity and engagement regarding content, too. The options are so varied that you can alter the entire game for content promotion known to WordPress users.

Take, for example, Ikea. The highly popular store for furniture introduced such tactics and brought a ton of new sales as a result of this action. They used the ‘Ikea Place’ iPhone app to allow customers to test how furniture will fit in their home.

Instead of just focusing on blogging about the features they offer, the organization made it possible for the customers to actually see how great their products are on the spot.

Instead of purchasing Facebook and Google ads, companies like Pokémon Go have created an opportunity for brands to purchase ad space on their platform. This is a big example of how a company can use VR reality in marketing since hundreds of them have used this promotion method as part of their branding strategy.

Tech Crunch says that more and more virtual reality business models will focus on revenue centers. This is a rather innovative way of brand promotion that will assist companies to drive traffic to their site.

You can best measure the success from an enterprise which has tried this strategy. Miscellanea, a grocery store in New York basked in this brand promotion opportunity and as a result, enjoyed a spike of 1600% in page likes and three times more customers at the actual store.

Virtual reality can be used everywhere, including the comfort of your own home. This is the most realistic way to talk with someone way beyond the traditional video conferencing, which is why including it into your website strategies is a brilliant idea. It allows for a wider use and can reach millions in their homes.

As with any other technology, there are cons to choosing Virtual Reality, too. Here are the cons of using VR as part of your marketing strategy:

Virtual reality makes it much more convenient for hackers to perform frauds. As soon as such a project is put into action, cybersecurity crime is likely to amplify to a whole new level.

VR platforms need to be designed with mechanisms for security for many reasons. Otherwise, the communications sent through this technology might remain unencrypted, such as the case with the OpenSim platform. This application was being used by the U.S army and was discovered to have ‘high priority security flaws’.

Same as with the smartphones that can be used to collect information such as our location and conversations, as well as our interests, VR can also be a grand spying tool. If not secured, the information we send and watch on VR technology can be tracked.

And finally, there is a chance that hackers might use this increased security gap to launch visual attacks to the world, actually harming people in the process. There was already such an unintentional occurrence with an episode of Pokémon that caused seizures in schoolchildren in Japan!

Even though pricing can vary, VR gear remains expensive for many. Not everyone can afford to enjoy the perks this amazing virtual reality technology has to offer.

In addition to that case of seizures we previously mentioned, VR is closely linked to disorientation and motion sickness cases because of the way it is created. The equipment is mostly heavy and can cause such issues if used for a prolonged period.

No one can deny the power and brilliance of virtual reality, but like any other exciting and advanced technology, this one also makes socializing harder. When people are given a chance to talk face-to-face in a virtual space, they are less likely to meet that way in person. And with so many people already too dependent on social media sites, the addition of VR in social media put a significant accent on this already big risk.

Virtual Reality is without a doubt one of the most rapidly sold, innovative technologies of this decade. Thousands of brands and website owners are grabbing onto the trend and customers are certainly loving it! 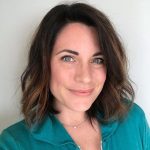 Silvia is a professional writer and novice entrepreneur from Phoenix. She mostly writes and works in a field op popular psychology and marketing. In her free time, she loves to travel around the globe. Please follow Silvia on her Twitter!