By Lauren Hallanan, VP of Live Streaming at The Meet Group

How can live streaming benefit a YouTuber?

Marketers are increasingly turning to live streaming to broadcast events and promote their brands. If YouTubers can successfully learn how to add live streaming as an additional social media channel to their video strategy, they will benefit by increasing their brand recognition which ultimately increases their income. This strategy will only work if YouTubers stay consistent and dedicated to learning how to be a good streamer.

Why is paying large sums of money to YouTubers often a mistake?

While it is smart of brands to tap into the live streaming trend, choosing to partner with YouTubers may not be the best use of their resources. Although it may seem like an obvious fit, after all they are famous for their video content, in actuality, many YouTubers are poor live streamers. They may be skilled at creating pre-planned, perfectly edited works of art, but lacking in the ability to adapt with and engage audiences in real time.

Their money in many cases would be better spent by hiring a live streamer as they are better suited for handling all of the live streaming variables including making a great first impression, interacting with audiences in real-time, handling any equipment malfunctions with grace such as audio quality or bandwidth issues, as well as being able to go off script and allow the live streaming conversation to evolve organically. Live Streamers are great at dealing with issues smoothly and in real-time while always bridging back to the topic and messaging that they are charged with getting across to their audience, by the end of the show.

What are the difficulties YouTubers tend to run into when they go live?

In general, the relationship between a live streamer and his or her fans tends to be on a much deeper level than other content creators because they are interacting with each other in real time on a daily basis. YouTubers tend to underestimate the skills required to host a good live stream, thinking that anyone can do it. However, a massive following on YouTube won’t necessarily translate to large viewer numbers when live streaming.

For YouTubers, their audience is used to watching videos on their own time, not showing up at a specific time to see a live broadcast. Therefore, YouTubers can’t just rely on the fact that they have a large fan base. The number of fans or subscribers really doesn’t matter. What matters is engagement. YouTubers have to work to cultivate their relationship with their fan base in a new way, and not just on their terms and timeline.  They have to be willing to truly open up their lives to these people, and gain a following that is hungry for their real-time content on a daily basis or they will not find the same level of success/influence that they had on YouTube.

What is the difference between creating video content and live streaming?

They require completely different skill sets. With videos, the content creator is completely in control. Every detail can be planned and edited with filters, sound effects, jump cuts, the list goes on and on. They only release the final product once they consider it perfect. Whereas, live streaming is the exact opposite. It’s raw and real, streamers are creating content and putting it out there into the world while viewers are simultaneously interacting with them through the comments. Streaming at events demand skills similar to those of a field reporter if a field reporter also had to respond to TV viewers’ comments while reporting.

What skills and personality traits are important for successful streamers?

Successful streamers must have engaging personalities, so they can entertain their audience in real time and really enjoy the interactions that they are taking part in. Additionally, having thick skin to deal with trolls and negative reactions is key because when someone is new to the medium, it can be intimidating to know that what you’re doing is “live” and cannot be polished later. Many YouTubers who have limited streaming experience often feel vulnerable. It takes some practice to get used to the new form of communication.

What are some tips for YouTubers who want to start live streaming?

Communication is key. YouTubers should start out by letting their current fan base know that they are going to begin live streaming, on what days, and where to show-up. They need to be authentic and honest about the fact that this is a new challenge for them and that they hope that their fans will bear with them as they make the leap into this new world.

Honesty and a genuine excitement about this new venture will hopefully be contagious and once bitten by the live streaming bug, YouTubers will likely learn pretty quickly if this is something that they want to take on. Expect bumps in the road. Nothing worth doing comes without the risk of failing, but ultimately it could be the best decision they ever make as live streaming truly is the future of communication. 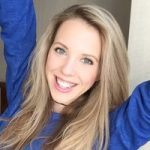 Lauren Hallanan is the VP of Live Streaming at The Meet Group and a Chinese social media marketing expert focusing on influencer marketing, live streaming, and social commerce. She’s the co-author of the Amazon bestselling book Digital China: Working with Bloggers, Influencers, and KOLs, a contributing writer at Forbes, Jing Daily, and PARKLU, and host of the China Influencer Marketing and Stream Wars podcasts.