By Ragnar Kruse, Chief Executive Officer and Co-Founder at Smaato

China is on course to become the world’s biggest economy by 2030, and as of today, it’s already the world’s largest app market. Putting two and two together, it quickly becomes obvious that in-app advertising represents a significant opportunity for brands looking to make in-roads in the fast-growing Chinese market.

That said, China’s mobile users and app landscape are incredibly different from those in the West and elsewhere. Getting in-app advertising right with this audience requires a high degree of understanding as to the mobile climate in China as well as how its users engage with their devices and apps. In this article, we’ll take a look at the unique facets that advertisers need to understand about China, as well as the significant opportunity.

For advertisers just entering China’s in-app space, the playing field will be unfamiliar. Given the country’s stringent government controls, major players like Google (including YouTube), Facebook (including Instagram and WhatsApp) and Twitter are currently absent. In their place, homegrown Chinese services rule, many of which have similarities to popular apps in the U.S. and elsewhere.

The power player to know in China is WeChat, an app that has fundamentally integrated itself into virtually all facets of the nation’s personal and business landscape. The app combines messaging, mobile payments and various social media functions, not to mention features like curated news delivery, city directories and appointment booking.

Tencent Holdings is the Chinese internet giant behind the WeChat messaging app, and the company has a strong presence in social networks, entertainment, payments, utilities, cloud services and AI technologies. The other two Chinese technology behemoths to know are Baidu and Alibaba. Baidu dominates the search engine market in China, much like Google does elsewhere. Alibaba Group is not only China’s but also the world’s largest online commerce company. Alibaba’s B2C platform (similar to Amazon or eBay) is Taobao, and its financial service provider, Alipay, is the Chinese equivalent of PayPal. Taken together—Baidu, Alibaba and Tencent—these giants are commonly known as BAT.

The ad tech ecosystem in China is very different from the Western world, with most programmatic players typically “playing both sides.” For example, a supply-side platform (SSP) might build a demand-side platform (DSP) and then earn a percentage of revenues from each side. Also, a company might own a DSP as well as an ad network that consists of its own traffic and inventory. This is typically referred to as a “DSPAN”—a combined DSP and ad network.

These complicated ownership issues make transparency challenging, especially when you layer language and cultural barriers on top of the complicated company interests. While there has been progress when it comes to transparency in the China ad tech landscape, advertisers still often need to rely on trusted partners to navigate this complicated ecosystem.

Complications aside, the growing spending power of audiences in China has not gone unnoticed by the world’s biggest brands. By 2022, 61 percent of China’s urban households will be considered upper-middle class or higher. In 2012, when the iPhone 5 first launched worldwide, only 17 percent of urban households were regarded as upper-middle class or higher. That’s some seriously dramatic growth of a lucrative target audience in a very short amount of time.

Perhaps more impressive is the amount of time that users in China are spending on their devices, most notably in-app environments. According to App Annie, in Q4 2017 alone, app users in China spent more than 200 billion hours in apps. That represents more than 4.5 times the next largest markets, India and the U.S.

Not only do Chinese smartphone users spend more time on their phones than their U.S. counterparts, but there are also notable differences in when they use their phones the most. According to Smaato data, while the U.S. sees a steady increase in ad impressions starting in the morning and through to the evening prime time, the peaks in China are much higher. In the morning, phone usage is at its highest point of the day. Understanding these dynamics can help advertisers reach users when they’re most engaged. 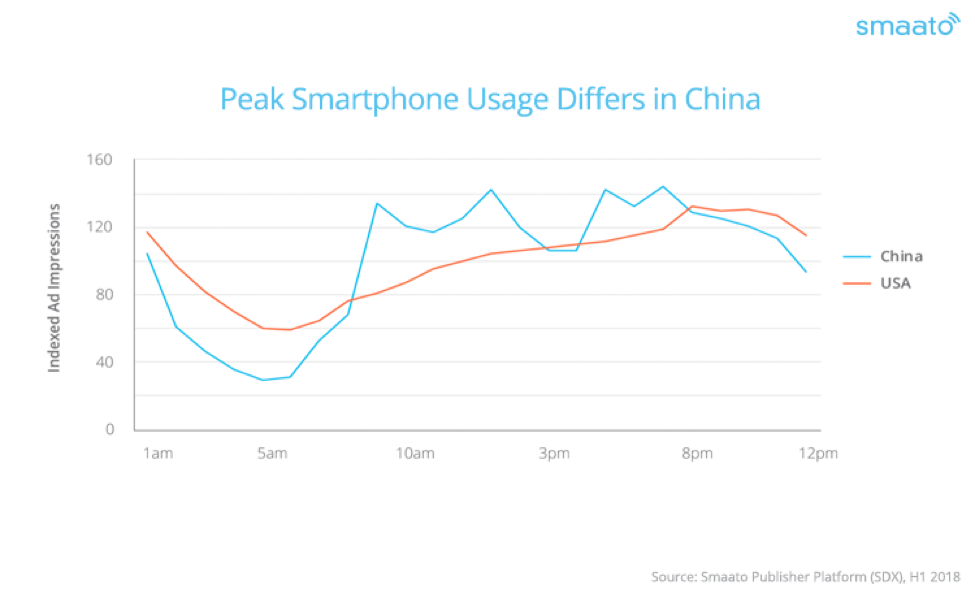 Despite the unfamiliar players and complicated ad tech ecosystem, the opportunities inherent in the Chinese in-app ad market are well worth the effort for advertisers. Those that move now to understand and connect with mobile users in China will be establishing relationships with a lucrative audience whose spending power is only expected to grow into the future. 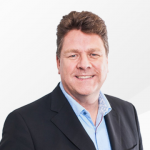 Ragnar Kruse is the CEO and co-founder of Smaato. As a serial entrepreneur with 30+ years experience in IT, Ragnar Kruse understands the unique challenges in bringing new technologies to market. He has built up several companies from inception to market launch in both the U.S. and Europe.