Programmatic advertising still remains a key facet of brands’ ad strategy, but the ways in which they carry out programmatic is rapidly changing. Where agencies have historically handled this tactic, we’re seeing brands increasingly opting to handle it on their own. Below are some key reasons why in-house programmatic is gaining popularity coupled with some considerations for any brands looking to go down that path.

Programmatic isn’t the new kid on the block anymore

It only takes a matter of time for the shiny new toy of any industry to become a dime a dozen. Programmatic advertising has seemed to have followed that path. While it remains a successful and valuable aspect of any advertising strategy, brands are looking more and more to eliminate agency partners to handle their programmatic advertising operations. From years of familiarizing themselves with the concept, advertisers naturally feel more confident in leading this charge on their own.

While some see bringing programmatic in-house as a means to save money, it is critical marketers know exactly what their ultimate goal is for putting programmatic back into their own hands and asses what kind of lift it will be for them. If they’re not prepared in terms of manpower, for example, they could actually end up spending more money than they intended. From building out a full programmatic tech stack to staffing resources to data management moving forward, brands looking to fully bring programmatic in-house have a lot of work in front of them – especially if they have to start from scratch.

Brands often find themselves unhappy with where their programmatic ads are running, so bringing these operations in-house might make them feel more in the driver’s seat. Many brands, for example, have felt their brand safety is jeopardized through programmatic advertising after finding their ads running along unsavory content – like a site falsely operating as a news site and propagating fake articles or a YouTube channel posting racist or explicit content. Rather than outsourcing programmatic to an agency, brands who bring the tactic in-house hope they can have more control over where their ads run.

It’s not as easy as it sounds, however. After JPMorgan realized their ads were popping up on sites like “Hilary for Prison” they took their programmatic placements from about 400,000 to 5,000. But getting there involved some serious manual labor. When JPMorgan realized only 12,000 of those 400,0000 placements garnered activity beyond a basic impression, one person actually clicked through each link to vet them – uncovered a shocking 7,000 websites with unsavory messages or outright fake news.

For a small team looking to bring programmatic in-house, this kind of manual labor involved to ensure all placements are brand safe would be a huge lift. It’s not impossible, but agencies are becoming more versed in various ways to improve the quality of programmatic ad placements. If a brand or marketing team has the means, in-house programmatic is certainly a viable option. But, again, it’s about marketers recognizing what aspects are needed and doable before taking this strategy under their purview.

Personalized data is king for ad targeting purposes, but if we’ve learned anything this year, it’s that consumers are being more protective of their data. In light of recent data breaches and the rollout and implementation of GDPR, consumers are warier than ever of their personal information and, as such, are more inclined to be suspicious of the companies who use it, prompting those companies to be more transparent about how they plan to use their customers’ information.

Considering it’s already a challenge for a company to gain permission to a customers’ data for their own use, it’s an even bigger challenge to then gain access to share with another third-party media agency. In-house programmatic teams can eliminate the need to overshare data with a separate media team, allowing marketers to keep their customer’s personal data out of the hands of multiple parties. But, as mentioned before, brands need to assess how much work would be involved in taking stock of all the consumer data they have and normalizing it into sets that will work for programmatic purposes. If the technology doesn’t exist, you’re going to spending a lot of time building it – or even worse, you’ll waste even more time having someone manually sift through and segment the consumer data.

In-house programmatic may be an attractive alternative for brands, especially in terms of brand safety and data privacy, but it’s critical for any brand considering this alternative to first map out the expected work and manpower needed to get operations up and running. Sometimes the cost and effort to complete necessary prep work can outweigh the benefits of an in-house team. 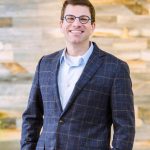 Mark Gorman brings more than 20 years of professional experience and leadership to his role as CEO at Matrix Solutions. Prior, Mark worked closely with the Matrix executive team in his role as Managing Director for Main Line Equity Partners (MLEP). In 2013, MLEP provided growth capital investment to Matrix Solutions and Mark was appointed CEO in 2015. With Mark at the helm, Matrix has increased revenue over 45 percent and significantly expanded its customer base into new markets. Mark possesses diverse experience in private equity and alternative asset industries, bringing with him significant transactional, analytical and marketing practice expertise. He holds a J.D. and M.B.A. with an emphasis in accounting from the University of Pittsburgh, and a B.A. in both Political Science and German from the University of Pennsylvania.