Home Featured Top Post Fraud in 2019: What Advertisers Should Expect and Methods of Fighting It
inplace-infolinks

By Andrey Golomoz, Head of Traffic Quality Department at Admitad

Scams and fraudulent activities are not a new phenomenon, nor are efforts to combat fraud. While companies create new tech and methods to fight fraud, culprits are constantly coming up with new strategies to steal money from unsuspecting victims.

Ad fraud is at an all-time high. In 2016, the Association of National Advertisers (ANA) calculated that ad fraud had reached $7.2 billion. Their hopes were high, however, as they estimated that the number would drop to $6.5 billion in 2017. Unfortunately, that estimate took a complete turn for the worst, as ad fraud is expected to peak at $66 billion in 2018, which is a ten-fold increase from the initial numbers.

Clearly, conventionally held notions about fraud are no longer valid. As such, it is more important than ever that advertisers educate themselves on the current state of fraud in the affiliate marketing industry, in order to avoid scams. Here’s the latest fraud intelligence from representatives of the Admitad Traffic Quality Control Department.

Two decades into the 21st century, one might think that the fraud methods used in the early 2000s are history. Yet, some still exist and keep causing trouble for technically unprepared or uninformed advertisers.

Cookie stuffing is an old fraud tactic still being used today. Some common forms of cookie stuffing are cloaking, toolbar, hotspot and software cookie stuffing. In cloaking, for example, an internet user has gone to a smartphone review website to read some opinions on a new mobile phone. While they are reading the reviews, a javascript algorithm gives their browser a cookie with affiliate links of the best phone stores in the area. It looks as if the publisher has converted a client, but in reality, they didn’t bring the client to any specific store.

Domain squatting is another common method of fraud. In this scheme, a fraudster will create a website that is an exact replica of a well-known domain. The fraudster copies all aspects of the layout and design, making it look identical to the real thing. Internet users visit the website thinking it’s the original and are at the mercy of whoever created this replica.

Most squatted domains are usually reported by the person who trademarked the original website, but just to be certain, advertisers must keep an eye out for small spelling mistakes in the website name and other discrepancies that seem out of place. Web fraud detection systems are available to battle these older methods, and these systems have been developed to fight other older scams as well, like click spamming and brand bidding.

While desktop computer anti-fraud systems can detect most types of fraud, the situation is much worse for mobile devices, which are more susceptible to the older forms of fraud. They simply do not have anti-fraud systems to block them. Advertisers are suffering a great deal from mobile ad fraud. In the first quarter of 2018, marketers were subjected to between $700m and $800m in losses due to mobile app ad fraud. Furthermore, a 2017 report concluded that as much as 43% of mobile ad impressions were fraudulent.

In addition to older scams already mentioned, common methods of mobile fraud include bot traffic, click flooding, and device ID resetting. For example in clickspamming, dishonest publishers may “drive” target actions from numerous fake accounts. Or, they might get an entire base of fake “users” through open API sources and try to get paid for each one as a lead. This kind of fraud is difficult to identify, but marketers need to pay attention to anomalies or have a specialist who knows how to use state-of-the-art tools for detecting fraud. Machine learning and AI are among the many technologies being developed as fraud defensive mechanisms.

Another kind of fraud uses a traffic delivery system (TDS), intended to aggregate traffic and erase marks of traffic channels so that the advertiser is unable to determine where an order came from and whether the publisher has used any channels prohibited under the offer conditions. In this case, while some of the traffic may be good, any attempt to disguise the source of traffic is suspicious. Special tools and fine-tuning allow the advertiser to understand why the marks were erased. In this case, the advertiser can refuse to pay for dubious traffic.

Advertisers can purchase special software to fight fraud, however, it is useless on its own. While algorithms are becoming more advanced, human participation cannot be completely removed given the current state of fraud protection. There must be a specialist on hand to debug anti-fraud systems, monitor its daily operation, troubleshoot, and analyze data.

The modern world of automation is moving towards AI and neural networks, which are being developed with a heavy emphasis on machine learning. Therefore, the role of a human individual is being minimized, yet is still necessary in order to teach the AI to look for certain red flags. For example in cookie stuffing, a specialist is required to set certain parameters for the AI, allowing it to differentiate abnormal from standard human behavior.

For contextual fraud, the specialist has to program specific words for the AI to look for, to which it then pinpoints the prohibited traffic associated with the programmed words. In both fraud and the development of anti-fraud technologies, Facebook, for example, is developing methods to fight ad fraud that include textual analysis and facial recognition. Artificial technology blocks all possible “bots”, fraudulent actions, and other ways of breaking the rules.

There are three efficient options for advertisers to combat fraud. The first is to create an anti-fraud department in the company, and hire a suitable specialist and pay for all the required software. The second option is to employ an outside agency, similar to the way people hire private security companies. The agency will protect the marketer’s website on a permanent basis.

The third option is for the advertiser to pay no extra anti-fraud expenses — but only if the affiliate network provides sufficient service and appropriate quality.

Statistics-based methods which analyze massive amounts of data to check whether actions on an advertiser’s site are human-like or not, are part of the existing solutions. For example, a real person can’t spend just one second on the website and move to the next site to place an order.

A way for marketers to protect their brand from fraudulent and worthless (and perhaps damaging) advertising is to build a network of publishers that they trust and reward them over time. Many affiliate networks have already started doing this. At Admitad, we have organized the publishers as follows: new publishers are ranked AD0. Those earning up to $500 are ranked AD1, and those with monthly income of more than $500 are labeled AD2. The highest rating — AD3 — is assigned to the most significant and reliable publishers only.

Marketers can use the system within their affiliate program, as long-term cooperation is beneficial for both parties. High-rated publishers are known to provide better traffic, and should be considered a partner in combating fraud. To continue fighting fraud, we will see more advertisers implementing ratings systems for their publishers. In 2019, we suggest that advertisers take this approach and create a system that rewards the quality publishers and weeds out the problematic ones.

A world without fraud?

For companies with websites that generate millions of impressions, damage from fraud can be substantial. Not fighting it is simply wasteful. In the US, Europe and now even in the CIS countries, most advertisers use some kind of software protection from fraud: solutions that combat contextual advertising and click spamming, which are eliminated immediately.

Every day, new methods appear to circumvent old protection methods, and even the best software cannot ensure 100% protection from the schemes. However, there is hope for getting rid of fraud completely: The cost of committing fraud has to be substantially higher than the potential profit. Put simply, if burglars get priced out, fraud will become a thing of the past. 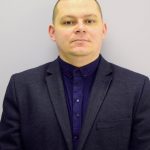 Andrey Golomoz is Head of Traffic Quality Department at Admitad, a global affiliate marketing network. He specialized in Computer Engineering and has over 16 years of experience