Home Featured Top Post Exploring the Connected Experience: How to Reap the Benefits of Connected TV

According to statistics, the global sales of Smart TVs have tripled during the last decade. Over 168.1 million people in the U.S. were using internet-driven television in 2017 which is 10.1% higher than in 2016. Furthermore, with 10 million new devices purchased every quarter, it appears the trend will climb up even higher in 2018.

Since Internet and TV mediums have merged into a single channel long ago, the next task arising in front of marketers will be learning how to utilize it to attract the so far unexplored audiences. Meanwhile, programmatic advertising is making its first steps towards television, promising to redefine the ad purchasing and management of this traditional medium once and for all.

Connected TV: the way it works and why it grows

Officially, the term connected TV can be applied to every device that supports broadcasting TV channels from the Internet, no matter if they are based on a Smart TV platform or console like Apple TV, PlayStation, or Roku. The urge behind purchasing connected devices is understandable, while users get all the comforts of watching big-screen TV they also are free to select the programs ‘a-la-carte’ enabled by Internet connection.

Even though the average time span of traditional TV watching has been gradually decreasing across all countries and all demographic groups, the video consumption is booming like never before. At the same time, younger viewers consume less content at home, giving the preference to mobile devices for watching their favorite TV shows.

How the brands will benefit from connected TV

To say that connected TV is going to revolutionize ad purchasing and selling is to say nothing. CTV is relatively new and so far unfilled advertising medium that very soon is going to gain momentum with programmatic advertising. Before CTV popped up on the scene, the brands had to rely on ratings of the particular channels or shows and analyze their audiences to determine if their message could be to the point.

Instead of buying pre-scheduled time slots, programmatic TV suggests purchasing the attention of the relevant users, those who are much more likely to convert. On traditional TV the brand had to run the same ad for everyone, the programmatic approach helps to serve different ads to different people while broadcasting the same show.

In order to make the targeting as precise as possible, the marketers buy the user data from data management platforms (DMP), or TV providers (Time Warner, Verizon). This information typically includes zip code, income level, the number of people per household, their tastes, and other kinds of information that personify the delivered message.

With cross-channel campaigns the advertisers can go even further. The users stream addressable TV on various gadgets, so there’s always the chance to remind them about the product on a different device and return them during the retargeting campaign.

The other greatest benefit is related to the viewability rate. In many cases it easily reaches 100% according to programmatic TV data gathered by SmartyAds. While the typical video completion rate on desktops barely meets 70-80%, the brands achieve outstanding viewability suiting their creatives according to the channel of broadcasting. This is a common practice among giant advertisers like Coke, P&G, and Honda which customize their content this way.

The fundamental difference between the traditional and ad addressable TV is in the ability to measure the campaign results. In addition to the standard efficiency metrics innate to web programmatic advertising, the platforms will soon be featuring the interactive tools that gather the data on memorability, informativeness, and brand awareness during commercials.

So far, advertisers should adhere to the best programmatic practices while serving programmatic TV ads. For this, the brands should define the audiences and key markets (according to the geo, vertical, device) because, for instance, Apple TV and Roku deliver completely different content consumption experiences.

Lastly, in order to ensure the smooth and streamlined user experience on addressable TV, the brand should remember that the greatest importance should be given to the creative.

The moment the message hits the big-screen TV, it should be shown in impeccable quality, resolution, and capture the viewer’s interest without interfering with their viewing experience.

Addressable TV represents the new era of digital advertising where targeting specific users will be as easy as it is on the web. Measurability and lower expenditures are the main advantages of this format of advertising. Marketers, advertisers, and media-buyers can already take advantage of these merged technologies serving their campaigns on first CTV ad platforms that inherited their efficiency from programmatic advertising. 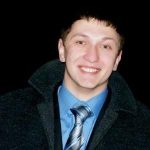 Oleksii Oliinyk embraces COO position at SmartyAds. Oleksii managed to gain a professional experience in a variety of areas, including software development, business analytics, and project management. 7+ years spent in IT industry gave Oleksii a profound knowledge and in-deep understanding of the power of modern technologies for substantial business growth.