Blockchain technology is what powers all of the cryptocurrencies, like Bitcoin and Ether, that you’ve been hearing about in the news. It’s kicked off a major revolution in the financial sector and may very well change how monetary transactions are processed online.

Banks, credit card companies, and fiat currencies all operate through a central corporate or government authority. With the blockchain system, the power is distributed among all the individual investors who operate computing nodes. These machines work together at computing algorithms to maintain the integrity of all transactions on the blockchain.

Now that cryptocurrencies have become more mature and commonplace, software engineers are looking for other opportunities to use blockchain technology. One of the hottest trends is contract management, where instead of recording financial exchanges, the algorithms will track ownership of digital or physical property.

The hope is that this approach could be useful in areas like online advertising, which suffers from large-scale fraud issues. Read on to learn how blockchain could revolutionize the way companies market themselves on the internet and what that means for you, the consumer. 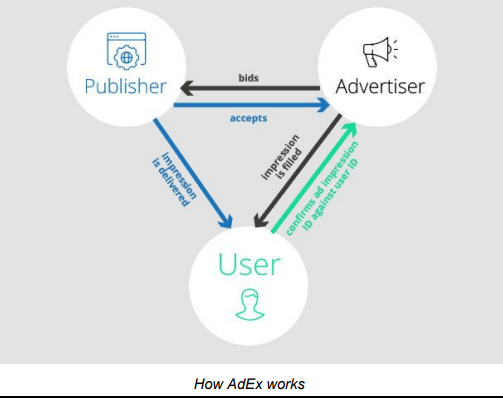 The existing model of online advertising suffers from a major lack of transparency. As a publisher trying to market a product, service, or company, you have to submit advertising content to a middleman who is responsible for delivering it to individual websites and mobile applications. This makes it challenging to track where ads end up and who actually sees them.

Software developers believe that blockchain technology could streamline this whole process, and in fact, some are already underway in building solutions. The Papyrus platform, which is based on Ethereum’s blockchain system, represents a truly decentralized advertising ecosystem. The benefits are expected to be significant, with transactions happening faster and more reliably.

Even established technology companies like IBM are looking to jump into the blockchain advertising discussion. The firm has launched a tracking system that monitors marketing payments and prevents money from being transferred to incorrect entities. IBM also believes that this movement will reduce costs for content publishers and marketing companies.

Speed is another issue when it comes to the current state of digital marketing. Before an advertisement is hosted on a website or app, there needs to be a negotiation between the submitter and the publisher. Most current advertising networks function on a bidding system, where companies choose how much they want to pay per click or view (also known as an impression). Based on their bid value in comparison to others, the publisher determines the rotation and frequency of the ads.

Having such a convoluted process has turned online advertising into a slow business, and one that is susceptible to large amounts of fraud. The blockchain movement represents an opportunity to cut much of the wasted time and effort and focus on simplifying how transactions occur.

In particular, advertising systems based on blockchain technology will have an opportunity to support advanced programmatic functionality. With this shift, publishers will lock in pricing to the blockchain and then companies gain the ability to purchase real-time impressions, which offer a guarantee that their content is being viewed at the present moment.

Of course, by moving advertising platforms onto blockchain-based systems, marketing companies also gain a new way of accepting payments. Micro-transactions can occur between a range of cryptocurrencies, and thanks to the stability and security of the blockchain, each financial exchange can be tracked and validated instantly. This can help companies be confident that their advertising budgets are being spent appropriately and not being lost to fraud.

Whenever the topic of online advertising comes up, the issue of privacy is never far behind. And it’s completely understandable. When you consume an ad through television or a magazine, that experience is a one-way interaction.

But with the internet, your computer or mobile device has information about you as an individual, such as your age, gender, and interests, and that kind of data can be very valuable to publishers. Advertising works best when it is targeted at an appropriate audience who is most likely to act upon it.

Internet users have gotten smarter in recent years and begun to rebel against websites and applications that store personal information improperly for the purpose of advertising. There are a number of open source privacy-related tools available today that let people retain some level of anonymity online. These solutions often block advertising content entirely or else restrict how your browser users cookies, which are the small pieces of data that track your activity across the web.

So what does this mean for marketing companies? The good news is that the kind of blockchain-based platforms being developed now will offer a good solution to appease all parties. Because of the way that transactions are logged in a blockchain ledger, advertisers will still be able to gather metrics on their customers without obtaining or owning any private data.

One major challenge remains when it comes to new blockchain-based advertising platforms, and that is the puzzle of how to identify and deal with non-human web traffic. Much of the fraud that occurs with digital advertising is due to the overwhelming number of automated bots that scour the web. Some of these are legitimate tools for search indexing while others have more malicious intent. But either way, every time a pageview is recorded by a web robot, an advertiser is charged as if it was a human viewing the content.

If blockchain technology can manage to solve this problem, it has the potential to save advertisers billions of dollars every year. The key will be for software developers to integrate the existing blockchain architecture with new machine learning systems to identify patterns of illegitimate activity. Those impressions will then be filtered out of the blockchain network and eliminate the financial waste.

Gary Stevens is a front-end developer. He’s a full-time blockchain geek and a volunteer working for the Ethereum foundation as well as an active Github contributor.