Mike Daly, Editor in Chief of Adotas speaks on trends in the online advertising such as programmatic ad delivery and the maturing of mobile advertising and wearable technology.

2009 was the year vlogging and gaming channels gained popularity, followed by new ad formats that were introduced in 2010. By 2011, users began realizing they could make careers from posting YouTube videos and generating ad revenue.

In February 2017, The Times in London reported that YouTube placed ads on terrorist organizations’ videos. When major advertisers such as AT&T and Pepsi threatened to pull ads, YouTube announced it would work with advertisers to verify the type of content or creator for ad placement.

Off the heels of that announcement, YouTube introduced new policies which allowed advertisers to avoid advertising on certain videos, and YouTubers started experiencing significant demonetization.

A second scandal hit YouTube in late 2017, this time in the form of predatory content in videos meant for children. In an attempt to keep advertisers happy, YouTube tightened its grip on advertising and even more creators were getting ready for another “adpocalypse.”

Add that to the growing pressure on creators to supply fresh content on a daily basis and continuously interact with their followers for the fear of losing their income, plus the amount of work that goes into producing a single video, and it’s no wonder that YouTube stars Phillip DeFranco (6.3 million subscribers) and PewDiePie (69 million subscribers) are among the many creators confessing burnout.

To avoid this type of centralized network control, the entertainment industry is starting to see a shift by celebrities from the YouTube-type of traditional social media platform to POPs – Personally Owned Platforms.

A-list stars such as Jeremy Renner, the Bob Marely Estate, Amber Rose, Ashley Tisdale and Alessandria Ambrosio have all launched their own apps that enable them to engage their audiences in a meaningful way, release themselves from the ironclad control and ownership of traditional social media platforms and benefit from their hard-earned following on their own terms.

Taylor Davis, for example, a YouTube star with 2.4 million followers uses her app frequently because she feels closer to her core fans and can engage with them more freely and efficiently than any other platform. The other very attractive benefit of posting to her app is that the content she publishes there is fully owned by her.

With more celebrities like Paris Hilton launching their own POPs soon, we can expect to see YouTube stars abandoning the platform that launched their careers in favor of something they can own and monetize themselves. 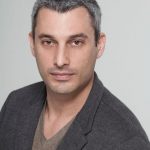 Sephi Shapira is the Founder and CEO of escapex spearheading development of applications and features. He brings over 20 years of mobile experience he figured out how to make a ROI driven business out of mobile marketing. Previously, Sephi headed MassiveImpacts international operations for the company’s five regional offices around the world. In addition, Sephi represented several Israeli companies including Amdocs and Comverse in Taiwan from 2000 to 2003, selling their software to local telecommunication companies.

One of the outstanding topics at the Ad:tech conference was the importance of data to  advertising targeting and learning in the programmatic system.