How does connecting with multicultural consumers in their native language help increase engagement in the creative?

Connecting with multicultural consumers in their native language helps increase engagement because language is a key component of relevancy. As such, the use of native language is one of the tools an advertiser should consider when building and evaluating a creative campaign.

In the Hispanic advertising industry, we’ve been battling the idea that as more consumers are U.S. born, the importance of in-language creative is declining. Very recent studies show us this simply isn’t true. In October 2016, the “Facebook IQ” study found that ads targeting Hispanics in Spanish significantly increased their interest in purchasing products. In fact, 58% of Spanish language-dominant Hispanics and 48% of bilingual Hispanics think that brands that reach out to these segments in Spanish demonstrate they value the Hispanic community.

What is important is to never apply a generic translation to a campaign. In the best of cases, the creative will fall flat and in the worst of cases, you could actually offend.

How can incorporating culture into creative help “hit home” with the consumer and create a greater connection to the brand?

Culture is one of the lenses through which an individual sees the world and contributes to their views and interactions with their environment. Therefore, culture and specifically, cultural insights, must be leveraged when developing a campaign. If I’m marketing a product that is typically enjoyed during family time around the holidays, the creative will look and feel significantly different if I’m trying to target a Hispanic consumer versus a Caucasian family. A scene might include imagery of a multigenerational family all gathered in the kitchen preparing a combination of foods from their native country and more traditional “American” fare. It’s those details that make a consumer simply say, “yeah, that’s what it’s like at my house!” This leads a consumer to feel that the brand knows them and is speaking to them on a deeper, more emotional level. It’s all about creating a synchronized brand story with which consumers can connect.

How do brands and agencies increase the effectiveness of multi-cultural campaigns?

There are many ways in which brands and agencies increase the effectiveness of multicultural campaigns, but the most effective campaigns come from brands that have made a commitment to that particular consumer from the very top. They’re not dipping their toe in the marketplace; rather, they recognize that reaching these consumers is a business imperative for driving future growth. For brands, this also means partnering with agencies that are specialized in communicating with the desired consumer and for agencies, it means developing a strong multicultural team that is involved at every stage of campaign development.

What was the process behind the Avocados From Mexico campaign and the outcome including engagement, consumer feedback, insights, and more?

Their brand team has been doing an incredible job of building their brand over the last few years. Their Hispanic creative agency of record, Richards/Lerma and their Hispanic media agency of record, RO2 Media, were very aware of the work we do at Undertone and they were specifically interested in our ability to target Hispanic consumers in English or Spanish across all screens.

What made our campaigns a success was the ability to work in unison with the creatives at their creative agency, Richards/Lerma, as well as the media agency. They provided us with the creative vision and assets and we then took those assets and brought them to life in our proprietary ad units and distributed them on our network.

The work was in English and Spanish and we let the consumer tell us, through their engagement, what they liked. The campaigns beat engagement benchmarks, and we are in the process of developing our next campaign.

What can other companies learn from this?

What I believe brands can take away from this is that if they want to communicate with multicultural consumers, they need to ensure they’re partnering with experts who have experience in the category and have a strong team that can uncover and leverage consumer insights.

I would also advise them to avoid trying to force a strategy or campaign to fit, but rather to be sure that their internal processes have multicultural at the table from the very beginning of strategy development. This will lead not only to increased effectiveness towards multicultural consumers but will also very likely make their general market work more effective, as we all live in a multicultural world. 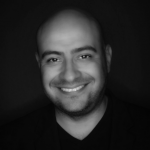 Victor Cornejo is a veteran in the multicultural advertising world. His 15+ years of experience in the industry have provided him the opportunity to lead at some of the industry’s most important agencies such as Dieste and Richards/Lerma in Dallas. He led account service responsibilities on brands such as MetroPCS, Nationwide Insurance, Levi’s, Southwest Airlines, Live Nation and GoDaddy. His expertise lies in developing communication strategies for reaching today’s bilingual, bicultural consumers in traditional and digital advertising, as well as influencer marketing and social media brand building for entertainers and athletes. Victor is currently DirectorMulticultural Strategy at Undertone.