Adotas presents a Q&A with Neil Sweeney, Founder and CEO of Freckle IoT and Killi.

Please tell me about Killi and the company’s unique approach to data management.

Killi is a consumer application available in the Apple and Google Play stores that empowers consumers to take back control of their data through direct payment for their personal information — our core philosophy is that we believe the consumer is the rightful owner of their personal data.

Killi allows consumers to decide which pieces of their personal data that they want to share (or not share) and then provide explicit consent to sell their data directly to companies. Killi is also keenly aware of securing its user’s data and thus all data remains with the consumer at all times. Built on the blockchain, Killi helps brands connect directly to this high-fidelity, GDPR compliant data source that is the truest form of first-party data. And, most importantly, consumers are now paid directly for their personal data and have a full audit trail of which brands are purchasing their data — a world’s first.

What are your thoughts on the Facebook data breach in particular?

It’s really an impossible situation for Facebook. They are one of the largest — if not the largest — holders of data and the value of that data keeps rising. With GDPR now in effect and other regulations following, such as the California Consumer Protection Act (CCPA), the supply of data will naturally decrease as large third-party suppliers fade away due to lack of explicit consumer consent in their platforms. With these pressures, the supply decreases while the number of breaches will increase in direct proportion to the increased value. Unfortunately, for companies like Facebook and YAHOO! this won’t stop until they change the way they collect and store data.

Up until now, the standard for data storage has been centralized data lakes. These are now giant targets for hackers. Because of this, Killi does not store data in a central location, but rather the data remains with the consumer at all times. For context, if Facebook was storing data the same way Killi was then a data hack would require breaching each individual account 1×1 — not very efficient!

What impact do data breaches such as Facebook’s have on consumer trust?

Trust is already at an all-time low as customers hear about another data breach — with each new announcement further eroding trust. Unfortunately, a big factor contributing to frustration among consumers is that the breaches are happening with products or applications integral to daily life. The key question: what is the consumer supposed to do? Delete Facebook? Unlikely. The bigger issue is a lack of tools available for consumers to adequately protect their personal data.

As mentioned earlier, the breaches are not slowing down. We now live in an era where consumers frequently voice concerns when brands violate their trust or break brand promises. Today, plugging in digitally means conforming to the privacy and data policies in place by larger firms. Consumers have no alternatives, which is what Killi is trying to change. Killi aims to pave a way to maintain robust digital activity while simultaneously protecting consumers’ identity.

Why do you think the future of data management is one focused on first-party compliance?

To be clear: regulations such as GDPR are forcing this issue of first-party compliance being the future of data management. If companies are not managing their data with consumers’ explicit consent or shedding third-party data sources in their systems then potential fines could be crippling. But, I believe this goes one step further in that companies who begin to put the consumer first and at the center of data management will be the big winners. First-party data is owned by the user, not the publisher aggregating the data on their behalf.  Data is identity.  Identity is personal. Who else should own this?

In 5 years, we will look back at how we were operating, using and storing data and shake our heads and say, “what were we thinking!”

The future of data is a personal data management solution controlled by the consumer and supported by the blockchain with a private and secure key. The government in every state and country in the world is going to alter their privacy policies over the next 3 years to accelerate this — and California is the start with the CCPA. The disruption will be unprecedented, and consumers are on the cusp of a personal data revolution.

Neil Sweeney, Founder and CEO of Freckle IoT and Killi 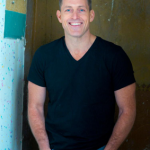 Neil Sweeney is the founder and CEO of Freckle, the global leader in multi-touch offline attribution, as well as Killi, a consumer application that allows consumers to take back control of their identity and directly receive payment for use of their personal data. Technologies Neil created are used by Fortune 50 brands like Coca-Cola, Lowe’s, Walmart, General Motors, Unilever and Mondelez. They are also the core component of the top media demand side platforms, including Adelphic, The Trade Desk, AppNexus, MediaMath; RocketFuel and TubeMogul. Neil has been named among Deloitte’s Fast 50 three years in a row and is a two-time Finalist for EY’s Entrepreneur of the Year.