When Facebook reported Q2 2018 revenue, the company missed estimates on user growth and went so far as to warn investors that revenue growth rates will decline by “high single-digit” percentages in upcoming quarters. If anyone’s shocked that Facebook’s stock crashed Wednesday, I’d like to speak to them, because this shouldn’t be a surprise to anyone given the very public backlash over Facebook’s handling of fake news and data privacy.
Advertising is a $500BN industry that has been successful largely due to the free-flowing exchange of data between customers and brands: Consumers are willing to share personal information to get something meaningful from brands. Historically, there’s been a transparency to the process, but with the rise in popularity of social networks, transparency around the exchange has largely disappeared. I believe that the public’s awareness of this lack of transparency has greatly contributed to Facebook’s weak user growth. Instead of explaining to users the modern value exchange of using a “free” site like Facebook, Mark Zuckerberg skirted around the issues in his government testimonies. With so much conversation around the widespread access to and usage of data today, consumers are starting to become infinitely more aware of how much they’re sharing with whom and for what reason.
It’s too early to determine if we’re seeing the beginning of the end of Facebook. But I can assure you this: if Facebook doesn’t start to think about its users (personal and business), it’ll only take a few years for the platform to lose all relevance. And if user growth continues to be sluggish, advertisers will be the first audience to go. 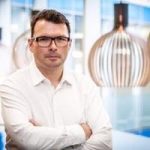 As CRO, Paul Thompson is responsible for leading Blis’ commercial expansion across the globe alongside a team of truly talented and inspirational people. Over the last 25 years, Paul’s career has seen him work in roles that cover media agency, media owner, sales, communication planning, digital media, mobile and programmatic. Paul has worked at BBH, Motive, Dentsu Aegis, Publicis, News International, and Yahoo! He has been privileged to work for and learn from some of the best people in the media industry and considers himself incredibly lucky to still be learning every day.

Two detained in Killings of Transgender Women in Puerto Rico