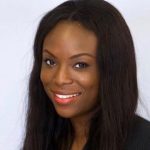 Synopsis: Dara Treseder is CMO for GE Business Innovations
When most of us think “blockchain,” our minds automatically go to “cryptocurrency”. However, blockchain can actually stand alone as a powerful technology — the applications of which brands are only beginning to not only understand, but also leverage. Though it’s difficult to separate crypto from blockchain, it’s increasingly important for CMOs and interactive marketers to understand the full benefits and abilities of blockchain. In this article, Dara provides her opinion on what blockchain will mean for marketers and how they can prepare for this technology shift.

In 1995, Robert Metcalfe, founder of 3Com Corporation, said, “I predict the internet will soon go spectacularly supernova, and in 1996, catastrophically collapse.”

Twenty-plus years later, it’s easy to poke fun at this prediction, given that most of today’s companies rely on the internet in some form or fashion to do business. But it’s important to recognize Metcalfe wasn’t alone in his thinking — and the internet wasn’t the first or last tech advancement to be met with skepticism.

Just look at the current reactions to blockchain technology. It’s a digital ledger with easy-to-access records that allows participants to make direct exchanges with no need for third-party involvement. However, it’s still mostly known for its role in the cryptocurrency boom, even though blockchain offers marketers far more than access to bitcoin investments.

Blockchain has the potential to create more transparent partnerships with advertisers, bolster data security, and simplify modern marketing. It’s why one-third of C-suite executives surveyed by IBM said they either use blockchain today or are considering implementation.

Like the internet itself, blockchain technology is not a passing fad. This is a permanent step forward. As CMOs, we need to invest in blockchain today to ensure the future success of our organizations.

The bigger the brand, the less people trust it. That’s according to the “2017 Edelman Trust Barometer,” which measures consumer trust in brands. With blockchain, however, brands can change that. Imagine having the power to track every product from first production to final sale. Then, imagine having the power to open that supply chain to the world.

With blockchain, customers can see for themselves which companies use fair trade practices and which ones cut corners, providing major benefits to brands that practice what they preach. Walmart is leveraging blockchain to do just that, tracking pork provenance in China in an effort to enhance safety, lower risk, and cultivate trust among consumers.

In digital advertising, blockchain lets advertisers deal directly with sponsors, cutting out the middleman. Perhaps one day, blockchain could even lock out the mighty Google and Facebook.

On a more human level, blockchain might save the dwindling popularity of customer loyalty programs. Blockchain tech could allow brands to distribute and track more versatile points, empowering customers to use their rewards on everything from hotel suite upgrades to free burgers at their favorite restaurants.

For those increasingly concerned with data security (which, after so many public breaches, is just about everyone), blockchain returns control of data to the consumer.

Europe’s General Data Protection Regulation law, which went into effect in late May 2018, is a step in the right direction, and blockchain could provide the model that companies need to keep their operations above board without sacrificing revenue in the process.

Customers could even opt-in to receive notifications when a company accesses their data. Why shouldn’t advertisers and audiences get along? Rather than guess what people want and slip in advertisements as often as possible, brands could enjoy co-operative relationships with their targets to show relevant ads that don’t feel intrusive.

All of this can be made possible by the magic of blockchain.

Preparing for the Blockchain Marketing Revolution

We can’t leave the blockchain world to the techies. Before this technology becomes ubiquitous, we must understand how blockchain works and how to use it to benefit our organizations.

What could companies do with near-perfect transparency, tracking, and communications? How will the best brands market things like increased security and peer-to-peer transactions? As CMOs and marketing leaders, we need to start working to answer these questions to ensure our brands remain relevant as blockchain goes mainstream.

Dara Treseder is the chief marketing officer for GE Business Innovations, which includes GE Ventures, Business Creation, Licensing, and New Market Development. Dara has been described in Inc. Magazine as one of “30 Inspirational Women to Watch in Tech” and recognized in Forbes as a top marketing expert. Prior to joining GE, Dara led marketing and growth efforts at Apple and Goldman Sachs. Dara is also an internationally recognized champion of public health, women’s issues, and diversity initiatives. She serves on the board of directors of the Public Health Institute and as an advisor to UN Women initiatives.