Want to gain new mobile app and profitable users this summer? Look no further than the
FIFA World Cup 2018. Literally tens of millions of fans around the world will tune in to
the tournament, giving advertisers an unprecedented opportunity to capture mindshare,
gain new customers, and enjoy active engagement. The best way to accomplish these
goals? Mobile advertising. 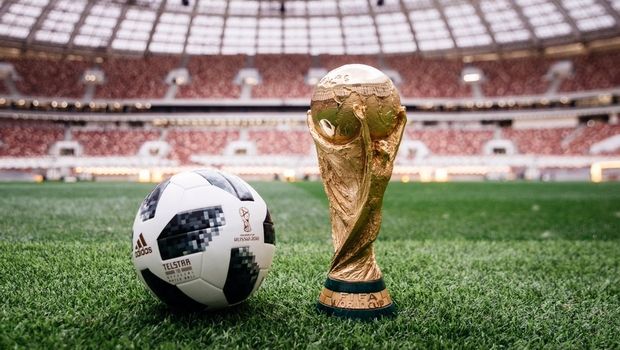 To begin, mobile streaming is quickly becoming the preferred way to view major sporting
events, and the FIFA World Cup is no exception. According to a Google Sports Survey,
30% of fans stream sporting events on their mobile devices because it allows them to
watch games and events “on their own terms.”

Second, sports fans crave super immersive experiences during games, and mobile
devices are uniquely suited to do just that. They can look up player stats, re-watch key
plays, blast out comments to their friends on social media, etc. all from the same device.
And even if fans watch a game in front of a big screen, 80% say they still use their
tablets and smartphones to do all those things, a phenomenon known as “second
screening.”

Finally, unlike American football or Olympic events, football (okay; soccer) matches are
played straight through, with a brief halftime. In other words, brands have a lot less airtime to advertise, which makes alternative forms of advertising all the more critical.
With this in mind, I offer five ways to grow your customer base during the FIFA World
Cup 2018.

In most cases, brands have two requirements for mobile app ad placement: target a
specific user in a brand safe environment. But the World Cup demands us to rethink
those criteria.

Sports fans will be heavy users of a surprising variety of apps during the tournament,
including streaming, sports news, ride sharing, food delivery, social media, fantasy games, betting and payment apps. On top of that, all major media platforms will have their own features to track game scores in real time, including the FIFA Official App that in June 2014 was downloaded more than 18 million times!

This means you’ll have ample opportunities to engage consumers, as long as you target
them in the apps most likely to prompt an immediate action. Remember, their adrenaline
will be pumping, making them more apt to respond to a relevant ad.

FIFA World Cup 2014 was the first social media world cup, and it’s safe to assume that social media sites will be just as active this summer. But social media demands immediate relevance; does your message address what people are talking about right now?

Real-time messaging requires you to have a creative team on hand to tweak your messages as teams progress, but the results can be well worth the effort. In 2014, Adidas set out to be the “most talked about brand at the World Cup,” a goal they accomplished via an hour-by-hour, platform-by-platform editorial calendar the brand began building the previous December.

But don’t let the rush of creating content create PR nightmares for your brand, as what happened to KLM when it tweeted “Adios Amigos! #NEDMEX” with a photo of an airport departure sign, photoshopped to include a mustachioed, sombrero-wearing icon. The backlash was ferocious, and justifiably so. Boasting about a team winning is definitely a way to make a splash with an ad, as long as it’s tasteful.

#3: Focus on the context of sports fans: Where are they watching live games?

Many sports fan will travel to Russia to watch the games in person. Others will be catching matches whenever and wherever humanly possible (games will be in the morning in the US, noon in Latin America, the afternoon in Europe, and at night in Asia).

The combination of mobile app usage and location data gives you plenty of insight into the user’s specific content. If a US-based user is streaming a match on a mobile phone at 6:00 in the morning, an ad offering “breakfast for champions delivered straight to your office” is highly likely to get clicks.

That same data will be helpful for fun retargeting campaigns, such as, “We won! Here’s a victory coupon for 10% off your next order.”

The biggest benefit that programmatic can bring to a marketer is the opportunity to mix and match data signals to create an engaging story. By integrating time, location, device type, interests and live scores (yes, you can do that too!), you could adapt your messaging to generate a unique connection with your audience.

App notifications are the savvy marketer’s favorite tool, so plan a unique approach with your communication. Be careful of the timing, and be aware of the fact that your competitors will also push messages and vie for attention.

The FIFA World Cup 2018 kicks off on June 14th and runs until July 15th, but coverage and excitement begins in mid-May. This gives you two full months to reach and engage sports fans on their mobile devices. Get ready now!