Gian Fulgoni, Former Chairman, CEO and Co-Founder of comScore, Inc spoke at the ARF AUDIENCExSCIENCE conference last week on the issue of whether marketers have taken targeting too far.

In his opening remarks, Gian pointed out that while targeting has real value, it also has limitations that need to be addressed in if it is to maximize its potential.

Digital re-targeting is the first example of how targeting has gone awry. I’m sure we’ve all experienced this annoying downside of too much targeting. Let’s say we visit a website and buy something. Let’s say we buy a pair of shoes. For the next several weeks, we’re bombarded with ads for shoes; ads that are completely irrelevant to us because we’ve already bought a pair.

In a recent survey reported by eMarketer, a staggering 88% of consumers said they’d seen an ad for something they had just bought. In the same eMarketer survey, 4 out of 5 consumers complained they see too many re-targeted ads from the same retailers.

Why does this happen? One reason is because it’s relatively easy to collect cookies describing site visitation but very difficult to get retailers to share the buyer data that is necessary for accurate targeting. This means that advertisers and their agencies unintentionally risk not knowing consumers’ actual past buying behavior. As a result, some marketers keep running irrelevant re-targeted campaign impressions.

Marketers need to understand that re-targeting campaigns which deliver irrelevant impressions become downright irritating to consumers and create a negative image of the brands and retailers that are doing the advertising.

The second example is that marketers and agencies have become so addicted to the concept of targeting that they are not worrying enough about the quality of the data.

In the seductive euphoria of digital’s siren song of targeting, more attention needs to be placed on whether digital ads are actually reaching their intended audience and if they are actually in-view.

For example, research shows that digital ads fail to reach their intended demographic or behavioral target as much as 50% of the time. And when they do reach the correct audience, roughly 50% aren’t in view to a human. With 50% of digital ads out of target and 50% not in view, as much as 75% of the ad spend can be wasted. In-flight campaign optimization is the answer to this challenge.

Lastly, there’s a steep price to be paid by running too many targeted ads. Marketers sacrifice reach and the potential buyers they could have cultivated. P&G came to that conclusion a couple of years ago. Marc Pritchard, P&G’s chief marketing officer acknowledged that they had taken the strategy of targeting specific consumers too far. In an interview with the WSJ, Marc said: “We targeted too much and we went too narrow.  Now we’re looking at it.  What is the best way to get the most reach but also the right precision?”

Erwin Ephron championed this critical concern about the over delivery of frequency and the importance of delivering the highest possible reach week by week (i.e. the need to deliver the right creative message at the right time!) in his papers on Recency.

The reality is that many big brands have huge buyer franchises that are surprisingly disloyal. Many of these are regular brand switchers who are attracted by temporary price discounts. These brands’ ad campaigns need broad reach if they are to get exposure to the many consumers about to buy in the category but who aren’t currently considering the brand at issue. Narrowly targeted ad campaigns simply aren’t sufficient.

In fact, studies have shown that many big brands can receive a larger sales increase if they reach a more significant portion of a platform’s overall audience.

“Successful marketers realize that targeted advertising is just one component of a carefully cultivated advertising strategy’, concluded Gian. They also make sure their target segments are correctly identified and they use in-flight campaign optimization services to ensure accurate, in-view delivery of digital ads. Finally, they couple targeted advertising with broader campaigns to ensure they reach the full set of potential buyers of their brands.” 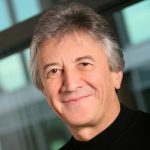 Gian Fulgoni is Former Chairman, CEO, and Co-Founder of comScore, Inc.  Previously, Gian served as Executive Chairman from the company’s founding in 1999 until March 2014. Gian is a popular speaker at conferences worldwide and appears frequently on various networks including ABC News, CBS News, FOX Business News, and NBC News. He was named a “Great Mind” by The Advertising Research Foundation (ARF), which in 2014 also conferred on him a “Lifetime Achievement Award” for outstanding contributions to the ARF board and support of the ARF community. This year, the ARF honored Gian with the Erwin Ephron Demystification Award.