When it Comes to Being Patriotic, Generational Cohorts Differ 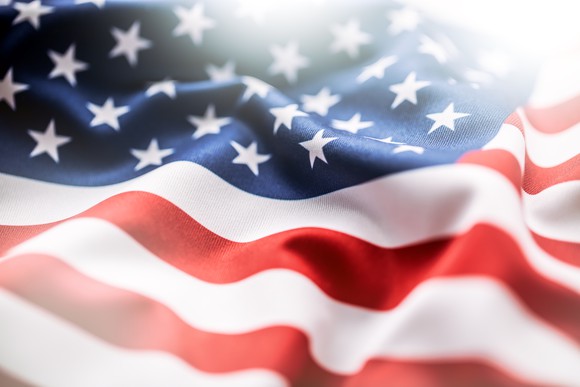 The 16th annual Brand Keys survey of iconic American brands in 100+ categories continued again to identify  shifts in consumer views of brand patriotism. Jeep, Disney, and Coke led an otherwise dramatically re-drawn list of patriotic brands, which did not include brands like: Airbnb, Facebook, GE, and the National Football League.
Five-hundred twenty-four days into the new presidency and the brandscape is populated by more contentious issues and division between consumers and brands, said Robert Passikoff, founder and president of Brand Keys. We expect brands to employ patriotic themes tactically this time of year. But the political schism has shifted how consumers view patriotism as both an ideology and a self-perception.
As it relates to certain brand sectors, patriotism has moved closer to nationalism. How much closer? That depends on the category and the age cohort of your target audience.

Which Consumer Cohorts Are Most Patriotic

A national sample of 5,001 consumers, 16 to 65 years of age, balanced for gender and political party affiliation, drawn from the nine U.S. Census Regions, were asked to rate themselves on a one-to-five scale, #1 being Not at all patriotic and #5 being Extremely patriotic. Consumers patriotic self-perceptions increased with age. Top two-box ratings (Extremely or Very Patriotic) for the Total Audience appear below and were consistent across genders and political affiliations.
Baby Boomers 85%
Gen X 68%
Millennials 53%
Gen Z 42%

Respondents also evaluated which of 297 brands in the 2018 survey were most resonant when it came to patriotism and identified the following brands as leading the parade. Bolded names indicate brands that marched or re-marched into the 2018 top 50. Numbers in parentheses indicate movement up or down the ranking from 2017.

Sports brands  teams, equipment, and athletic shoes  were assessed at levels similar to last year, noted Passikoff. Whats clear is when it comes to patriotically engaging consumers, waving the American flag and having an authentic foundation for being able to wave the flag are two different things. The NFL’s decision to fine teams whose players protest publicly by kneeling during the national anthem may explain its disappearance from this years list, a circumstance also accompanied by lower TV ratings this season) and perhaps unsurprising given the number of tweets on the subject originating from the White House.

The Brand Keys annual survey focuses on for-profit brands, but assessments for the United States armed services  The Coast Guard, Air Force, Army, Marines, and Navy  are always included. This year, again, consumers of all ages and political persuasions gave all branches of the armed services a patriotic engagement ranking of #1, said Passikoff. We recognize that again this year and thank them for their service.

The Victors and the Vanquished

Brands making the largest movement up the 2018 rankings for consumer patriotic attribution included: Amazon (+28), Apple (+27), American Express (+17) and Walmart (+12) and AT&T (+11).
Brands that dropped from the 2017 top 50 list included: Airbnb (#13), General Electric (#14), the National Football League (#29), and Facebook (#30), Where, said Passikoff, Data-sharing and privacy issues seem to have come home to roost for Facebook, at least as it pertains to consumer perceptions of the brands value of patriotism.

Independence Day gives marketers an opportunity to champion values, said Passikoff, A good deal of what used to be forthright marketing has become more politicized, with some brands trying to wrap themselves more-tightly in the flag than others.

Where a brand can establish emotional connections, consumers are likely to believe more and behave more-positively. A brand that can differentiate and engage via a strong emotional value like patriotism will find believability is the key to brand engagement. The more engaged a consumer is with an emotional value, the more he or she associates that value with the brand, the more likely theyll act positively toward that brand, said Passikoff. In most cases about six times better.
Keep in mind these brand rankings do not mean that other brands are not patriotic or dont possess patriotic resonance or intent. Rational values, like being an American company, being Made in the USA, or having nationally directed CSR and sponsorships, all play a part in the perception of any brand, said Passikoff. Politics is making itself felt more now in the brandscape than ever before. Particularly when it comes to how consumers view themselves and their brands through a political and a patriotic lens.
Brands that can make meaningful emotional connections with consumers will always have a strategic advantage when it comes to winning the hearts, minds, and loyalty of consumers. Do that, observed Passikoff, And consumers will not only stand up and salute, theyll stand up and buy!