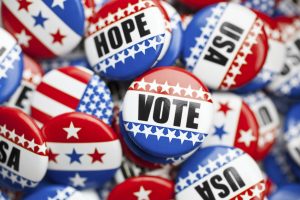 “Google’s move to require more verification of U.S. citizenship or permanent residency to purchase U.S. election ads is an obvious and minimalist action to create a framework that protects both candidates and Google. However, the volume and value of issue-based advertising is far more impactful to a campaign than election ads.

Google understands that advocacy ads are where the action is in the political advertising space, and would not be in favor of curbing the spend or enthusiasm of political advocacy. Issue-based ads encourage users to declare their allegiance through actions such as: spending time on a site, linking content, attending rallies, donating, participating in surveys or blogging. Those responding voters are then nurtured or shunned – depending on their response or action – by any good political agency or candidate. The field for follow up is constantly getting more focused on those who are in a candidate’s camp and those who will show up at the polls to vote.

If these same guardrails for disclosure are not applicable to issue-based ads, then these verification requirements will not ultimately accomplish the goal. But that raises the question, is an issue-based ad political or is it simply free speech? Who ultimately decides?” — Ray Kingman, CEO of Semcasting

“My concern around this new verification requirement from Google is mainly for the response from political agencies. If, for example, Campaign X contracts Agency Y, who splits parts of the buy to vendors, then who is ultimately on the hook here? Does Google publish that a vendor purchased a buy? Does it register that the demand-side platform (DSP) made a buy? Does this only affect direct buys?

As a vendor in the digital political advertising space, I am confident that we would easily be verified as an established and trusted partner in this space. I hope any verification of partners would be a one-time review process, and not on a campaign-by-campaign basis.

Getting hundreds of ads reviewed would severely impact one of the core capabilities of digital for the political space, namely how quickly campaigns can be launched.

While it sounds like the roll out of this enforcement is not yet final, it is nice to see the industry taking the initiative rather than waiting for Congress to finally act.” — Matthew Hedberg, GM of Semcasting’s Professional Services division.

About Ray Kingman – CEO of Semcasting

Ray Kingman has been at Semcasting, Inc. since its inception, leading the company in the development and commercialization of its automated targeting and data offerings. As an experienced innovator in content management, analytics, and data visualization fields, Ray directs the day-to-day operations of Semcasting, Inc. Before coming to Semcasting, Inc., Ray served as the CEO of LightSpeed Software, a content management solution built through the acquisition and integration of multiple providers in the search, analytics, content management, authoring and portal platform spaces. Prior to LightSpeed, Ray was the founder and president of a division of Thomson Reuters, where he focused on providing syndicated web content solutions to self-directed investors and retail brokerage firms. Ray Kingman was also the founder and president of DeltaPoint, Inc., a developer of analytics and data visualization products, and led the firm from its inception to its initial public offering.

Matt Hedberg serves as the Lead Account Manager for the Political Vertical. Matt has worked directly for federal and state campaigns, including Scott Brown and Charlie Baker, both as a field staffer as well as on the digital and data teams. In 2013, he was a founder of a data analytics firm which conducted studies on the effectiveness of different techniques in voter outreach and data integration. Using this information, he developed successful strategies for various by candidates across Massachusetts in 2014. In addition, he helped consult on the setup and management of issue advocacy organizations and PACs specifically related to their outreach efforts. Matt graduated from Boston College in 2012.