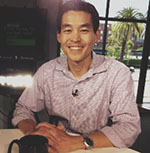 Tapjoy, the Maximum Impact Platform™ for mobile advertisers and app developers, published a new study showing that the more rewarded advertisements a mobile app user completes, the higher their engagement, retention and in-app spend metrics climb. While previous Tapjoy studies have focused on the relationship between rewarded ads and specific metrics such as spend or retention, this report is the first of its kind to analyze the impact of the number of ad completions on these key metrics.

The study, titled “Maximum Impact Report: Exploring the Effect of Rewarded Ads on User Value,” discovered that users who complete 20 or more rewarded ads demonstrated 89 percent higher engagement, 76 percent higher retention, and an incredible 705 percent higher in-app spend than users who complete just five or fewer ads.
Rewarded advertisements – also known as “value exchange” ads – allow users to earn in-app currency or unlock premium content in exchange for watching videos or engaging with other types of advertising content. In a detailed analysis of ten high-volume apps, Tapjoy found a strong, positive correlation between the number of ads completed during a user’s first two weeks and their subsequent app engagement, retention and in-app spend during the following 30 days. The more ads a user initially completes, the more they eventually spend, the more often they engage with the app, and the more likely they are to be an active user after 30 days.
“While other studies have previously demonstrated a positive link between rewarded ad conversions and key engagement metrics, such as total user sessions, retention and spend, today’s report is the first of its kind to show just how much ad engagement can influence the value of a user,” said Ben Chen, SVP & GM, Developer Relations at Tapjoy (pictured top left). “These findings negate the notion that ads take away from the user experience or distract the user from engaging with the app, or that rewarded ads may cannibalize in-app purchases. Rather, it shows just how important it is to expose users to ads early and them offer frequent opportunities to convert.”
Other findings from the report include: