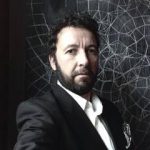 “Duncan will help our team reach even greater heights with his creative and strategic thinking across the digital, advertising, music and entertainment space,” said GLOW President Howie Kleinberg. “His leadership and experience will propel our momentum in creating groundbreaking digital experiences across multiple platforms.”

“GLOW is on the cutting edge of shaping digital social media,” said Bird. “I look forward to helping the agency build on that record.”

A widely-recognized marketing innovator, Bird is known for his big, disruptive ideas. The 29-year industry veteran has been named one of “The Top Ten People in Advertising” by The Independent newspaper and appeared on Campaign magazine’s “Marketing A-List.”

Bird has helped launch and build large and small agencies in New York and London. He also served as Vice President of Marketing for Sony Music Entertainment. While at Sony, he created partnerships and events with brands including Unilever and Motorola, and popular artists such as Bruce Springsteen, Outkast, and Susan Boyle.

About GLOW
GLOW is a social, digital and creative agency based in New York City. With a 19-year history, GLOW provides innovative social strategies and best-in-breed executions for a range of industry-leading clients, including HBO, Hulu, IFC, Spotify for Brands, VH1, I Love New York, and the Westminster Kennel Club.