Home Featured Top Post Fraud is Big Business; You’re on Your Own 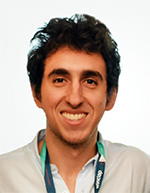 When Special Prosecutor Robert Mueller indicted the Internet Research Agency for creating false personas that interfered with U.S. politics, he probably didn’t realize that American political consultants were engaged in the same activities. But as Brian Blumenthal describes in a HuffPost article, How a Twitter Fight over Bernie Sanders Revealed a Network of Fake Accounts, that same kind of trickery is just as common on our shores. Essentially, consultants deployed bots to post a barrage of retweets and messages to anyone whose point of view they opposed.

And such tactics are hardly limited to politics. The rise of social media has given rise to a generation of “micro-influencers,” accounts with a following base that falls in the 10,000 to 100,000 range, who wield influence over consumers, and who brands hire for their campaigns. These micro-influencers, we learned last year, have no qualms inflating their influence with bots. In fact, an influencer can engage a bot provider to generate followers, likes and comments for as little as $9.00 per month.

And It’s not Just Bots

Buck Wise, VP of brand and partnerships for agency Swiftn, has actually seen big shops buy “user farms” — large groups of low-paid workers hired to follow social accounts. Curious to see how widespread this is, I Googled “user farms” and  discovered GetPaidToLike, a site that boasts it “manages an ever growing network of Facebook and Twitter accounts for clients from all over the world, including, celebrities, fortune 500 companies, small businesses, and private individuals, all willing to pay you for supporting their social networking pages and websites.” Workers are paid anywhere from $.05 per like or follow. They’re not even trying to hide it.

Again, I can’t see this going away given that an entire industry has been born out of inflating an influencer’s influence. And even if fraud-detection companies could detect the bots, can they detect the kids sitting at home earning money from sites like GetPaidToLike?

U.S. intelligence agencies are warning that state actors plan to meddle in the midterm elections, but if the 2016 Presidential election is any guide, the real influencers were a group of teenagers in Velles, Macedonia. Their motivation? Money. In a city where the average monthly salary is just $371, a 18-year-old earned nearly $16,000 off his two pro-Trump websites.” Who paid his fat paycheck? Premium brands.

And then there are the classic bot schemes we’re used to hearing about, like Methbot, which bilked advertisers and publishers of $5 million each day until White Ops discovered them. Last September, the Financial Times warned advertisers it had found “jaw dropping” levels of FT.com spoofed inventory for sale on the exchanges, including FT.com video inventory on 15 exchanges. The company doesn’t even sell its video inventory programmatically. By October, those exchanges announced they’d removed the inventory, but only after brands and FT.com lost an estimated $1.3 million per month.

This is the pattern we see over and over again. Ingenious fraudsters design brilliant schemes to bilk publishers and brands out of vast sums of money. Eventually, they’re identified and shut down by equally ingenious anti-fraud companies, but only after millions have been pilfered. And with ill-gotten gains in the $1 – $5 million per day range, we would be foolish to assume this is ever going to end. The rewards are so good that this part of the Internet will always attract talented and skilled programmers.

All brands and publishers deploy myriad fraud-detection and traffic quality tools, and partner with the leaders in the space. And yet, fraud persists.

How to Fight Fraud

In my opinion, brands need to do more to protect themselves, and they have it within their means to do so. A bot or a GetPaidToLike hand-for-hire will never convert. They’ll do the bare minimum that’s needed for the fraudster to earn the commission, whatever that activity is. But they won’t pull out a credit card and make a purchase; they won’t install an app on their mobile devices, place any orders or book any rides. They won’t play a game (and watch reward videos) over the course of a few weeks. In other words, while bots and user farm employees can act like real humans, they’ll never act like real customers.

My best advice: Before you launch a campaign, determine your business goal. If you’re seeking new customers, don’t settle for new installs; figure out the Lifetime Value (LTV) of each customer segment, and use that as your targeting criteria. Find a strategic media source partner that will deliver users who turn into real customers and focus your ad spend on them, because the value they deliver is worth the price. Even if you pay more per user or action, you’re far less likely to be wasting money off some ingenious fraud scheme.