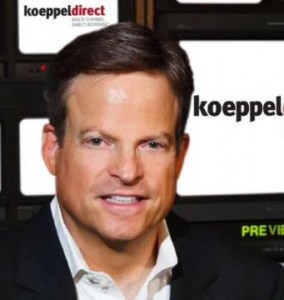 Anyone who hasn’t been living in a cave on a remote island with absolutely no cellular signal has heard that Facebook is in trouble right now.

The Cambridge Analytica data security scandal and closely-related, election-related activities and allegations have shone a spotlight on the data collection and usage practices of the social media giant. Facebook’s most recent response to its growing dumpster fire has been to part ways with Partner Categories, a product that allowed third-party partners to target customer ads directly, without having to log into Facebook.

As consumer confidence begins to wobble, the biggest elephant in the room for brands and advertisers is “How will Facebook ads and marketing be affected by all of this mess?”

Facebook is not only dealing with the Cambridge Analytica disaster, it’s working on implementing compliance with the General Data Protection Regulation that applies to all European Union citizens. Instead of only applying these changes to EU residents, it appears that Facebook will be applying the requirements globally. Facebook CFO David Wehner warned that these changes may reduce daily active user numbers overall.

The changes stemming from Cambridge Analytica include phasing out the “Partner Categories” feature that allowed Facebook to more tightly target audiences, as well as giving companies a way to access Facebook targeting through their third-party provider. Companies like Acxiom, Epsilon, Experian, Datalogix and Quantium will be affected by this move, as well, since this is going to change everything about privacy protections for users.

Here are a few examples of targeting categories that Facebook will be eliminating in the near future:

Besides eliminating the ability of so-called “data brokers” to data mine and target ads on behalf of businesses, many industry experts feel that there won’t be much fallout in the longer term. Once the dust settles and the final touches are placed on Zuckerberg’s plan to simplify and increase transparency about how and what data is collected by Facebook, users may be all memes and kittens again.

For marketers, things will be a little bit different, since about half of the 1,200 targeting criteria currently available come from those third-party data miners. You’ll have to be smarter, have a better understanding of your audience using tools inside and outside of the platform and sometimes, just take a chance and hope that what you’ve created hits home.

So far, Instagram hasn’t been affected one way or the other.

This seeming disconnect may be due to a perceived separation between Facebook and Instagram, despite the fact that they both run from the same marketing platform. It may also be that Instagram has never been particularly dangerous on a election-tampering level. People mostly go there to share photos and other visuals, rather than to talk about politics, global economics and other weighty subjects.

#DogsOfInstagram will still be there, even if Instagram does get pulled into the fray. While it and Facebook may be forced to separate in a worst-case scenario, that’s as bad as that gets. Your efforts on Instagram should be largely unaffected, though.

Most of the changes coming in the near future, as noted above, will be relatively small and may go entirely unnoticed if your targeting is somewhat broad. If you’re looking to show an ad to the one single woman over 75 who follows Birds Eye frozen vegetables and makes $25K yearly, you may need to come up with a different strategy.

A new policy requiring political ad buyers to verify their identities and locations, however, may create a much bigger issue long-term. Facebook has also declared that it will start verifying the identity and location of anyone who runs pages with large followings, a vague resolution that hasn’t yet been detailed or solidified. Some of the steps the social media giant is taking to eliminate fake news and other bits of misinformation from the platform will make your job a little bit harder, or a lot harder, depending on your segment.

Even so, in the end, Facebook still has some of the best tools available for social targeting and is one of the easier ways to reach the largest audience in the world on mobile. For these reasons, it’s unlikely that recent changes will spell the end of the world for this platform. Things might be a little bit different, and that’s to be expected as the digital world is always changing and marketers and brands have to be prepared for that.