Home Featured Top Post As TV Audiences Decline, What Are Advertisers to Do? 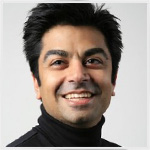 Q: We’ve already seen this year tentpole events like the Oscars and Super Bowl experience heavy declines in TV viewership, is there anything TV can do to stop the bleeding?

A: There’s several factors contributing to decreased tentpole viewership. Time is a major factor – awards broadcasts routinely run three to four hours long, which is simply too much time to ask of a modern TV viewer. Especially on the East Coast where it could be after midnight when the most popular awards are given. Condensing these broadcasts down to a reasonable time limit would certainly help.

Networks are also experimenting with different commercial formats, knowing that viewers are frustrated by commercial overload, TV time-outs and a high frequency of ads from the event’s sponsors. We’ve seen this with the NFL – instead of breaking to a commercial pod, Fox ran a 6-second ad overlay while keeping a camera on the field. This format is a win/win because it keeps viewers in the game while still receiving an ad exposure.

Q: How much can live streaming on other platforms make up for that lost audience?

A: Live streaming does make up for lost audiences because it allows the viewer to access live TV content on their preferred device. It benefits a network to provide as many viewing options as possible, and the number one goal should be to capture a viewer’s time and attention regardless of screen or format. The trends are very clear – traditional television viewership is decreasing for tentpoles across the board, but increased streaming can bring audiences back by giving them more access points.

Q: Big ticket events like March Madness have provided advertisers with a great platform to get their message out. Is that still the case?

A: March Madness is a solid platform for advertisers because networks have done a great job of diversifying viewing options across multiple screens and formats. Fans can customize their viewing experience which is important for an event like March Madness, especially since the tournament broadcasts across several dayparts for nearly three weeks – viewers need more opportunities to watch than just traditional TV.

Q: And for the networks that air them, they offer a chance to promote a major upcoming series launch. Does the dwindling TV audience make those less effective?

A: Samba TV has been analyzing the effectiveness of network promos during tentpole events, and they are still very effective at driving tune-in lift. For example, NBC devoted the highest percentage of its Super Bowl commercial airtime to Winter Olympics promos and they performed very strongly. We see networks executing coordinated TV and digital tune-in media strategies, which maximizes reach despite the decrease in TV tentpole audiences. And also keep in mind that while viewership may be declining, these live tentpole broadcasts still draw the largest TV audiences by a wide margin.

Q: Among new features this year is Fast Break, a live-streaming app similar to NFL RedZone that will provide “whip-around” coverage of every tournament game during its first two days. Is that going to further cannibalize TV viewership?

A: A feature like Fast Break is positive for consumers and advertisers – it creates engagement where there may not be an opportunity for traditional TV viewing. During March Madness the first and second rounds have multiple games scheduled during daytime hours on weekdays, and without live-streaming or Fast Break an engaged fan would be without any viewing options. It’s likely they will continue to watch primetime and marquee games on television.