With Facebook changing their algorithm and newsfeed, publishers’ relationship with the platform is becoming murkier than ever before. Clearly, the way ads and content are distributed by publishers needs to change. But how?  David Kashak, CEO and Founder of Connatix, explores the challenges and opportunities in this Adotas Q&A. 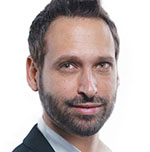 Q: The relationship between the walled gardens of Facebook and Google and publishers can be described as “frenemies co-habituating.” How closely should publishers really be working with channels like Facebook?

A: Publishers should utilize the platforms to engage with their users and develop audience, but they should not become dependent on them to drive users to their sites.

Ultimately, the interests of publishers and the platform conflicts. While Facebook for example, aims to increase the time their users engage with their platforms, publishers are looking to have these users land on their sites. Publishers should be aware of this built-in conflict and not be fully dependent on them and utilize alternatives to develop audience.

Q: As Facebook changes their algorithm to focus more on connections rather than players outside users’ networks, could publishers actually see their reach decline? With the number of eyeballs on Facebook, how is this possible?

A: Following the recent algorithm change, many publishers saw a steep decline in traffic. This is the direct result of FB prioritizing certain type of posts over others. While the audience available on Facebook is large, there is a limit to the amount of posts users see on average while they check their news feed. While in the past, publishers enjoyed organic reach through some of these posts, being included is now pay-to-play.

Q: A constant struggle for publishers is their worry about ensuring the marketplace isn’t bogged down by fraud. What are some technologies that are being picked up by the industry to address this?

A: The industry has adopted several verification tools such as IAS to ensure that ads are being served to humans. It is critical that each player in the industry – publishers, tech providers, platforms and advertisers – adopt one to ensure the inventory being sold is free if fraud. That will increase marketers’ confidence in online advertising and ensure continues allocation of budgets.

Q: While impressions and viewability continues to be a priority for marketers, do you think that quality in advertising is becoming a higher priority? The pivot to video has seen somewhat of a backlash this past year. What’s your view on this?

A: Marketers are, first and foremost, looking to engage with their target audience. Scale is important, as well as ensuring that users are actually seeing the ads. But it’s even more so important that the creative causes the users to engage.

In the past, you could use a banner ad to deliver a message. But today, by using video, you can better engage with audiences. I can see how marketers will move to more interactive, game-like formats of advertising, by having the user participate in the experience.

David Kashak is the Founder and CEO of Connatix, a video syndication and monetization platform for publishers. Prior to starting the company, he had roles with Conduit and Verint.