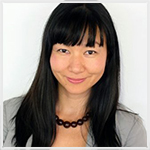 The top 50 media companies generated more than 35,000 total branded videos on Facebook, and 96 million branded video engagements, up 29% year-over-year in Q4 2017. Facebook’s recent change to the news feed algorithm that prioritizes posts from friends may have caused initial concern, however these media companies stand to benefit from the increased importance of driving meaningful social interactions in 2018.

“Branded video, published socially, is rapidly becoming one of the most important new advertising formats for marketers to reach and influence their customers”, said Tania Yuki Founder and CEO of Shareablee (pictured top left), “This is particularly true in a changing landscape when it comes to how content is prioritized on Facebook. We are excited to shed light on which video creators are fully invested in succeeding in branded social video. This will empower marketers to continue to make informed decisions on how best to achieve their brand goals on Facebook with video.”

BuzzFeed and Turner led the pack in total engagements (defined as reactions, shares and comments) on branded content by a significant margin. BuzzFeed, driven primarily by Tasty, ranked as the top branded video creator on Facebook in 2017 with 11.6 million engagements. Turner ranked number two with 11.2 million engagements. BuzzFeed and Turner also had the strongest share of voice, along with Group Nine Media. These three companies drove one-third (33%) of all views for branded content videos posted by the top 50 U.S. publishers on Facebook.

Consumers continued to engage with informative content, like the DIY-focused posts from Tasty and Blossom, which topped the overall property rankings (generating 8.8M and 4.8M engagements respectively). Bleacher Report was a close third (4.6M engagements), fueled by sports- and culture-driven branded content videos.

Overall, there were more than 4,200 unique advertisers who partnered with media companies to produce branded videos on Facebook for an average of eight videos per advertiser. Nissan partnered on the greatest number of branded content videos with 693 in total. The advertisers who saw the highest engagement were Bed Bath & Beyond, ShopRite, Walmart, The Real Cost and AT&T respectively. Key advertiser verticals for the year were Consumer Goods, Retail, Travel, TV/Film and Automotive.

“As the market continues to grow in sophistication, it’s increasingly important for marketers to measure and understand how effective branded content is on social media. The proxy for brand impact is no longer about scale, but rather engagement at scale,” said Frank Kavilanz, SVP of Social Strategy and Solutions, Turner Ignite. “At Turner, we’ve spent the last few years building a distinct social business built on this idea. The combination of our premium branded content, deep fan relationships and in-house social agency for targeting is driving these results, and more importantly, meaningful business outcomes for our partners.”

For a comprehensive look at the top branded video creators on Facebook in 2017, please see the rankers below.

Shareablee is a company focused on audience-based social media measurement for media publishers, agencies and brands that want to understand the impact and effectiveness of their cross-platform social media campaigns. Founded in 2013 by Tania Yuki, and based in New York City, Shareablee has grown to over 60 employees in the U.S., EMEA and APAC, with clients in 15 countries. Shareablee has partnerships with comScore, Microsoft and Bloomberg, and is a Facebook Media Solutions partner.