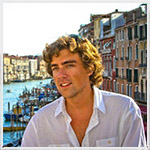 Gone are the days when having a video for your website checked the “video needs” box for your brand. A single video is no longer enough, and big brands are demonstrating the value of a constant supply of fresh video content.

HubSpot’s Instagram Stories offer a great example, and the company has put its money where its mouth is by announcing a partnership with Shakr. Together, they launched video creation platform StoriesAds.com to help marketers and advertisers build high-quality videos specifically for the “Stories” section of Instagram’s platform.

Video plays account for one-third of all activity on the internet, and by 2021, video traffic will comprise an astounding 82 percent of all consumer internet traffic, according to Cisco. Simple text posts on social media are no longer enough. Marketers need to get ahead of the game to remain competitive. Forget annual campaign spots — video consumption demands new ads every quarter, month, or week. In some cases, brands even release new video content on a daily basis.

2017 saw brands shift their focus. Instead of shouting out traditional promotions, crafting a narrative took priority as companies sought to engage audiences via storytelling.

Storytelling is in our DNA, and video narratives give us the power to communicate emotionally using a vast array of imaginative concepts. Stories of our family and our past help define us, while stories of culture and heritage reflect our values.

According to animation company Gram, presenting an ad as a story makes it 118 percent more likely to lead to a conversion because audiences connect to it emotionally. Consider “Perfect Isn’t Pretty” from Gillette, which depicts the struggle endured by world-class athletes in their rise to the top. Rather than tout the quality of the company’s razors, Gillette created an emotional connection with a gripped audience as it awaited the drama of the 2016 Olympics in Rio.

For companies that want to take their video marketing to the next level, here are five contenders for the best video campaign of 2017 to look to for inspiration. Emulating their approaches can elevate both newly christened and firmly established brands.

After years as a giant in the advertising space, it’s no surprise that Old Spice came away with the Webby Award for Best Video Campaign of 2017. The brand has made some of the most recognizable commercials on the planet by harnessing an odd mix of elements and bringing them together to serve a common theme, creating a feeling of sensory overload that always leaves viewers glued to the screen. Old Spice’s other strength is its consistency. Year after year, the company continues to push the creativity envelope and maintain quantity without sacrificing quality.

Anti-poverty organization Robin Hood partnered with Upworthy to create one of the most counterintuitive, yet effective, ads of the year. Corporate responsibility briefly takes a back seat in this video about an Egyptian immigrant family. With the story highlighted, the ad communicates the mission of the New York City nonprofit in a powerful, heartwarming way. Putting your agenda second in a company video avoids alienating the audience and, ultimately, makes viewers more receptive to the message.

Dove’s “My Beauty My Say” campaign empowers women to resist being judged by their appearance. The brand chose video to lead it, and its “Dear Media” ad won the 2017 People’s Voice Webby Award. This high-quality video elevates the brand’s look and enhances the emotional aspects through powerful imagery, capturing multiple viewpoints to weave a collective narrative that redefines stereotypes. By telling a human story that’s easy for audiences to relate to, it draws viewers in, making them feel heard and a part of the brand.

This particularly ingenious ad capped off a solid year of advertising for the burger giant. Audio in the short video voice-activated the Google Home device of viewers everywhere. Although many consumers found the move invasive, Burger King has been enjoying an enviable PR boost.

Even a company whose website is nothing more than a search bar recognizes the power of video in advertising. This incredibly effective short-form video ad is nothing more than a simple collection of video clips that show what users were researching with the search engine, drawing on both tragedy and triumph to connect with viewers. Putting people first and showing us something that feels like our story, Google elevates its brand to being part of history and a leader of the future.

Need more proof that video can communicate almost anything more effectively than any other medium? As difficult as it might be to believe, here are some highly engaging and compelling flight safety videos that are worth watching.

The great stories behind a brand can disarm audience members and make them more receptive, and a strategy that prioritizes storytelling will produce a brand that customers can relate to. If something is said more than once, it’s probably best said with a video as long as video continues to be consumers’ preferred format for receiving information and gaining an understanding of what a brand has to offer.