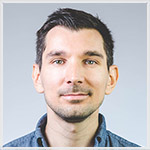 Mobify reports that retailers offering faster, more app-like experiences to mobile web shoppers via Progressive Web Apps (PWAs) are getting immediate increases in mobile revenue and mobile traffic. Such sites are increasingly mission-critical to ecommerce leaders and IT organizations in the retail sector as mobile emerges as the main driver of continued growth in ecommerce. For retail innovators, the payoff has been significant:

With fast load times, offline access, add-to-homescreen and push notifications, ecommerce PWAs consistently outperform earlier-generation mobile sites. The app-like look and feel of a PWA appeals to the millions of smartphone users shopping online, a phenomenon only expected to grow over the next few years. And with new technologies on the Mobify PWA roadmap including easier web-based mobile payment schemes, enhanced support for Accelerated Mobile Pages (AMP) and the industry’s first desktop PWAs, the mobile web will get even better.

“It’s been amazing to see the excitement Progressive Web Apps have generated among retailers as they prioritize mobile shopping experiences to transform their businesses,” said Mobify CEO Igor Faletski (pictured top left). “From our unique vantage point as the mobile-first front-end platform for ecommerce we’re confident 2018 will be the year all major device types from mobile to tablets and desktop will support PWAs. As a result, we’re looking forward to seeing a new wave of launches as retailers make PWAs the standard.”

Progressive Web Apps solve mobile challenges like low conversions and high bounce rates by delivering a fast shopping experience to all website visitors — not just the handful of loyal customers willing to download an app. Ecommerce PWAs are up to four times faster than responsive or m.dot websites, and, when combined with AMP, they enable landing pages to load instantly from search results so shopping starts fast, and stays fast.

“In the first half of 2017, we were hyperfocused on speed because customers assured us it equates to dollars and shopper happiness, or as one customer put it, ‘It’s the drumbeat behind the entire ecommerce process,’” said Faletski.

These speedy PWAs for commerce are searchable via the mobile web, where most traffic originates, so shoppers are more likely to discover what retailers have at a lower “cost of discovery” than via a native app.

The result is that PWAs are gaining momentum across tech and business. For example, Apple announced recently it has enabled service workers in Safari Release 46. Apple support means functional parity between iOS and Android devices, with all major browsers likely to support the full range of features of PWAs in 2018.

“We also think 2018 will be the year PWAs will emerge and find interesting use cases like in-store kiosks as well as standard shopper browsing,” predicts Faletski.

The latest release of the Mobify Platform available January 4 features faster transitions between AMP and PWA pages and integration with multivariate or A/B testing engines to ease the process of testing within PWAs.

Watch these webinars to learn more:
Mobify and SapientRazorfish explain how to build a high-conversion retail strategy with PWAs and AMP
The Debenhams Story: Building a Winning 2018 Retail Strategy with Progressive Web Apps