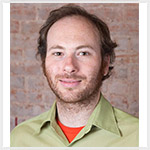 Simulmedia, a company that creates data-optimized national TV campaigns for major brands, announced that Kyle Hubert, who has been the company’s Chief Scientist since December 2016, has been promoted to Chief Technology Officer.

“Kyle is also a true visionary in how technology can make television advertising not only work better for marketers and media owners, but also make the consumer experience much better, something that has eluded the digital ad industry so far,” says, Dave Morgan, founder and CEO of Simulmedia and to whom Mr. Hubert will report. “He has an extraordinary background in designing, building and leading teams in the development of data and artificial intelligence systems throughout his career.

At Simulmedia Mr. Hubert has been bringing cutting-edge research and methodologies to TV advertising working with big-data tools, such as data warehousing and acceleration with GPUs. He has supported product and business processes by building optimization software, machine learning, and defining a scalable architecture for Simulmedia’s growing business.

“My experience in technology is that it often makes promises to change the way we do business for the better, then falls way short,” says Mr. Hubert. “But I can say with earnest conviction that what we are doing at Simulmedia is fundamentally changing for the better how brands use television to communicate with their customers and prospects.”

Before Mr. Hubert was named Chief Scientist in 2016, he had been Director of Engineering R&D and Principal Data Architect. Before joining Simulmedia he had been a Software Engineer at Cray, Inc. since 2003 where he worked on custom tech used for Massively Parallel Processing applications in the High Performance Computing domain, running in many top super computers in the world. Mr. Hubert holds a Bachelor of Science in Computer Science from SUNY at Oswego (NY). The CTO position at Simulmedia had been vacant since the beginning of 2017. 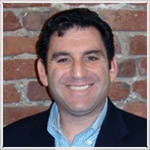 Gumas Advertising announced that Craig Alexander will assume the role of President of the agency and founder John Gumas will continue to oversee operations as CEO. Craig’s promotion to agency president will strengthen the agency’s position as the leader in Challenger Brand Marketing®, working with client companies seeking to take on larger, better-funded competitors.

Craig joined the agency seven years ago and prior to his promotion served as Senior Vice President, Client Services, for Gumas. In his new position as agency president, Craig will assume a more strategic role, opening new markets, identifying companies that can benefit from Gumas’ Challenger Brand Marketing approach, and working closely with current clients to expand current marketing programs.

“I am very excited about assuming this new role and leading the agency in its mission to help challenger brands win against larger, better-resourced competitors,” said Alexander (pictured above). “This promotion also helps the agency lay the foundation for expansion, allowing us to bring in new clients and broaden our services to our current clients.”

“Craig has been a valuable asset to the Gumas team and this promotion recognizes his contribution to the agency, providing outstanding service to our current clients and bringing in new business,” said John Gumas, CEO of Gumas Advertising. “The reorganization of our executive team also will give the agency an opportunity to plan for the future, expanding our market reach by applying the same tools we use with our clients to build our own brand.”

Craig has more than 30 years of experience in advertising and marketing. He holds a Bachelor of Arts degree in broadcasting, advertising, and journalism from the University of Southern California.