Based on recent search and traffic analysis, Hitwise reveals three new trends about the Super Bowl audience that you probably haven’t heard about yet.

“Based on the increased political interest of viewers, it’s no surprise that NBC stated publicly they will continue rolling cameras if players kneel during the national anthem. While American’s opinions on these issues will likely remain polarized, social justice and politics will most certainly play an even larger role in the Super Bowl LII game, coverage and advertisements this year,” says Rochelle Bailis, Global Director of Content at Hitwise.

Social media has always (and will continue) to play a pivotal role in the Super Bowl. Hitwise data shows that Super Bowl fans are 17% more likely than the average American to visit social media and networking sites — particularly the top three sites listed below: 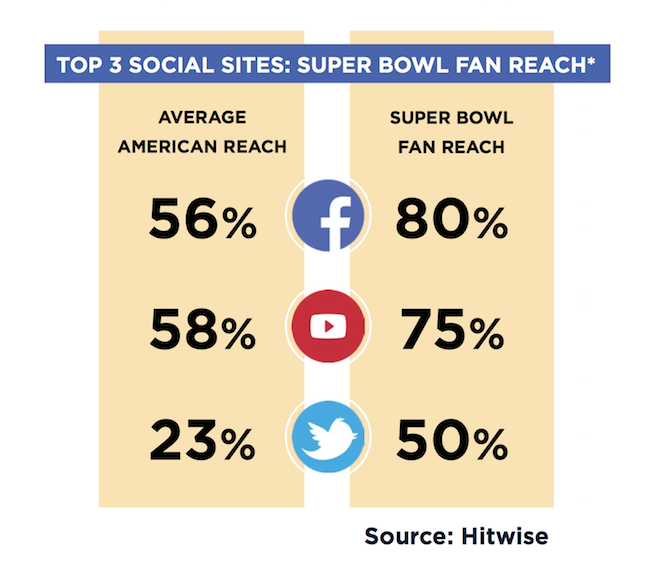 Last year, social media channels were central in amplifying the efforts of advertisers, particularly on YouTube.

“During the Super Bowl season last year, YouTube eclipsed Facebook in receiving traffic from football-related searches — for the first time. This is important for advertisers to note, as this trend appears to be accelerating moving into 2018. Between Super Bowl ads, half-time clips and game highlights, YouTube in particular appears positioned as the top channel for engagement this year,” says Ms. Bailis. 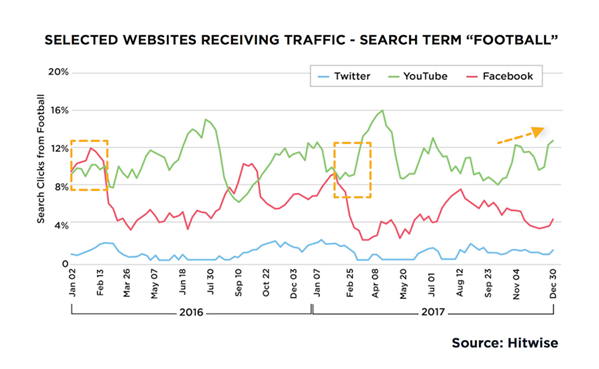 Hitwise insights are derived from an online behavioral panel of over 8 million individuals tracked on over 20 million websites across 500 million monthly search queries and from over 100 million in-market shoppers. Qualitative consumer insights are added to the mix based on up to 60,000 attributes then made addressable across 650 million devices.

Leading Board Place Software to get Small Businesses