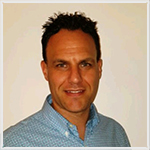 Market Overview
Asia is one of the largest digital video markets with some predictions showing that the region will account for over half of the total global digital video content consumption in 2018. Among the major factors contributing to the increased video consumption level are: growing smartphone penetration, greater mobile video viewing, increases in mobile broadband and connected TVs, and faster data speeds.

The mature Asian markets, including, South Korea, Japan, and Australia, have a very high video viewing penetration. According to different major analysts who cover the region, at least half of all people living in these countries will watch one digital video on a mobile device every month in 2018. With high internet penetration in these countries, access to and consumption of digital video content will soar in 2018.

What should marketers focus on?
The continued growth of social media – strong platforms for video viewing, and the increased penetration of video streaming services will continue to shape the world of marketing in the Asian region. As the most populous region in the world (as well as the most upwardly mobile), video marketers will remain focused on Asia in 2018 and beyond. Therefore, I’m expecting continued strong growth in video ad campaigns and other video content by Asian marketers, as well as global marketers active in Asia.
Connected TV – Is it ready for Asia?
Streaming via a connected TV has been active in Asia since 2016, and media planners have been trying to add it to their media plans but struggle to find enough reach. I believe that live streaming from portable devices followed closely by the connected TVs will provide the next major boost for digital video consumption in Asia. Portable devices will remain the most common way of consuming digital video content as millions of youth spend more time every day on internet-enabled mobile devices. Furthermore, with increased competition from internet service providers in the region, users will find better alternatives and offers for live coverage of video content. Live streams have become easier options for younger generations to follow what’s happening in the world around them. Therefore, the video consumption rate in the region will increase dramatically in 2018 and we might see the rise of connected TV as well.
The Challenge: Increase Spending Per User on Video Content
Despite Asia’s population, upward mobility and affinity for consuming digital video content, the region lags behind the rest of the world in spending per user on video content. While there has been a significant increase in spending on mobile video content, Europeans and Americans spend more than Asians. Therefore, the only factor to boost digital video consumption rates in the Asian region would be the rise in population, increases in upward mobility and growth in smartphone and advanced internet of technologies.
With the respective Asian governments committing significant resources towards technological infrastructure development, particularly in remote areas which had less mobile internet coverage in the past, this trend should increase the spending on video content per user.
So what’s instore for 2018?
Based on my experience in the Asian market (since 2008), I expect to see tremendous growth in the use of digital media in general, and the consumption of digital video content specifically. This will give a big boost to programmatic advertising in the region with major efforts to establish programmatic direct and unique private deals between publishers and online marketers. At SelectMedia, we saw a 50% increase in budgets moving to the private programmatic in 2017, and we expect that growth rate to continue in 2018. For marketers, the use of video-on-demand services in marketing campaigns will be effective in the coming year. The rise in the use of internet-enabled mobile devises; the growth of mobile broadband and the increase in the use of connected TV are the major factors that will cause the consumption of digital video content in Asia to increase significantly in 2018.