Home All About ads.txt What Is Video Ad Fraud…And Why Does It Matter?
inplace-infolinks 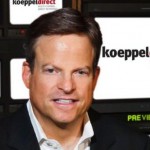 There’s been a lot of talk about video ad fraud since this Buzzfeed story back in October, but there seems to still be a lot of confusion about what actually constitutes video ad fraud and why it really matters in the grand scheme of things.

So what if some other company gets ripped off by some fraud bot, right? Well, it’s a lot more complicated than that, and certainly no advertiser in this particular ecosystem is an island.

Every business, big or small, should be concerned with video ad fraud and actively fighting to get it under control for the betterment of everyone involved.

The Basics of Video Ad Fraud

In 2016, the Association of National Advertisers (ANA) reported that economic losses to bots topped $7 billion dollars. Let that sink in a minute. Seven billion dollars in ad spend was diverted by bots into a great big black hole for ads that never saw the light of day. For 2016, that meant that 11 percent of display and 23 percent of video advertising were fraudulent.

The good news is that this year’s numbers look slightly better. Now, this could be because fraudsters are better at being undetected, so don’t let your guard down entirely. The ANA projects a 10 percent drop in bot fraud globally for 2017, which still leaves it at a terrifying $6.5 billion, divided into nine percent of display and 22 percent of video spending. Mobile fraud is also down, at less than two percent in app environments and web display buys, but this doesn’t include web video or pay-per-click.

The Wall Street Journal’s report on Google’s refunding of its part of advertisement fees for ads that were seen by bots only and the subsequent efforts the internet behemoth is pursuing to increase transparency in the programmatic ad buying arena back in August has spurred some action. Since then, it seems like more and more ad fraud has been exposed to the light of day. Because Google has influence over 100 plus exchanges, ad networks and publishers through DoubleClick, it has the power to steer the direction and speed at which ad fraud detection moves.

Is It Ad Fraud?

There are dirty tactics and then there’s fraud. Although ethical advertising should always be the goal, sinking to those levels doesn’t necessarily make for fraud. Bot fraud happens when ads are marked as displayed to a human audience when they absolutely have not been. That means you pay for an impression even though no one was there to see it. Other types of fraud come from misrepresenting what you’re buying. You may think you’re getting a heck of a deal, only to discover that you didn’t get the ad slot you thought you did.

Since video ads are currently the most profitable module in the advertising game, they’re also the most vulnerable to bot fraud.

These are a few things to watch for when shopping video ads:

You’ll need to be more careful in your audience targeting and video buying to avoid this trap. When the supply of good video is low, restricting the number of sites your ads run on can help as far as lowering the potential for fraud. Expect to pay more for quality, but you might find you don’t need the quantity when actual humans see your video ads.

Some Parting Thoughts on Fraud and Ads.txt

There’s not going to be an end to the ways that fraudsters can steal advertising money online until advertisers and publishers pull together and say “no more, not today.” The long crusade for the lowest ROI is largely what’s feeding the fraud machine, but that’s a model that hasn’t worked and has simply cost the industry billions of dollars.

Instead, the goal should be to find the best value for the long-term. So, you save a dollar by using some no-name exchange, is that really in the best interest of your campaign? Maybe you’re better off to run fewer spots on a higher quality exchange that’s better targeted to your audience and less likely to be filled with ad-watching bots.

In that same arena, the ads.txt is an interesting concept in that it could allow legit marketers to match up with legit publishers and allow both to verify each other’s credentials in seconds. With Google stepping up the pressure in the industry to adopt more transparency as well as the ads.txt system, there’s a lot of promise that programmatic buys will become safer and safer as the industry figures out how to implement video ad buys sanely and with more security in mind.