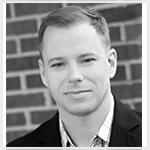 Adotas talks with Michael Connolly (pictured left), CEO and co-founder at Sonobi, about the impact that Amazon is having on digital advertising as its Amazon Media Group goes up against Facebook and Google.

A: When Amazon has its eyes set on a new revenue source, industries tend to take notice. They’ve spent the last year growing it’s advertising business, but more recent developments could be pinned down to two separate moves: the opening and evolution of its self-service for Amazon Media Group and the opening of headline search ads to sellers.

Q: Does Amazon pose a legitimate threat to Google and Facebook’s duopoly? If so, how?

A: Amazon has a huge user base, and is the fourth most-visited site in the United States. As an e-commerce platform, they’ve managed to corner a very important segment of advertising: the customer journey. They’re able own this segment, from intent to buy to purchase, and have been able to capture valuable shopping data in the process. This gives Amazon a piece to the puzzle that neither Google or Facebook have been able capture.

There is just so much that Amazon already does, that it makes sense for advertisers to want to take action within the platforms. Despite being late to the party, this actually puts them in a position to not only succeed, but potentially overtake Facebook and Google in the future.

Q: If Amazon is successful in their media ambitions, what would this do to the marketplace?

A: Amazon could be on its way to measuring up to the digital ad giants of Facebook and Google, and the company’s e-commerce dominance will likely help it sustain ad growth in the years to come. And if successful, it not only changes the way the industry views the Facebook/Google duopoly, but it also creates a new walled garden.

This isn’t necessarily the best of situations, as walled gardens prevent adequate scale and transparency that marketplaces need reach to large audiences across cookie-less environment. This would create more siloed identifiers and restrictions for advertisers, rather than address solutions that are needed to get around today’s walled gardens. This is just a different color of the same shirt.

Q: What would an independent, addressable solution do for advertisers?

A: Advertisers will always need a marketplace that solves for addressability, scale, and supply chain transparency outside of the walled gardens.

Amazon may be seen as a new revenue source to offset Google and FB for pubs, but in reality they are just someone else paying below market value for a publisher’s inventory.  Publishers are best served by being able to manage access and execution of data themselves.

Michael Connolly, CEO and co-founder at Sonobi
Michael is the Chief Executive Officer and Co-Founder of Sonobi, an independent technology developer that designs digital advertising tools and solutions for the industry’s leading publishers, agencies, brand advertisers, DSPs and media technology providers. With over 10 years of leadership and management experience, Michael has spent his career focused on developing unique and innovative software solutions for advertising technology, online web and mobile applications, with fully automated and executed revenue models.