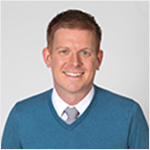 Hitwise, a global marketing intelligence company,  created an audience of Americans with household incomes of $250,000 or more, putting them in the 2% of American earners, according to the Wall Street Journal. Hitwise then looked at their online shopping searches conducted between November 19 through December 9, 2017 and compared them to those of the average American.

According to John Fetto, Senior Analyst (pictured top left)–research and marketing at Hitwise, “With an expected hefty tax cut ahead, affluent Americans have even greater economic means to buy expensive presents—for themselves and others—this holiday season.”

So what items are on their list that probably aren’t on the lists of average Americans with more modest means?

The items on the list can be split into four main categories, starting with items for the yard and garage.