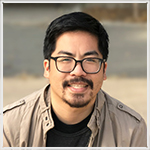 When Apple first announced that a virtual personal assistant called Siri was going to live in every single one of their phones, it felt like the future was almost here. At long last, smart phones would actually become smart: Instead of having to physically unlock our phones and tap out emails on uncomfortably tiny keyboards, or fumble around to find the right phone number to call, we could delegate all of that annoying work to our plucky voice-controlled helper. What anyone with an iPhone can attest to, however, is that the aforementioned utopia has not yet materialized. Almost twenty years on from the introduction of the first smartphone, and our phones are hardly better at anticipating our needs now than they were when they were first introduced.

If Siri was a real person, she would be fired from any personal assistant position she worked at. The fact is, while she can carry out basic tasks such as making calls, setting up meetings, and performing basic secretarial duties, she can’t be trusted on her own. Every time I dictate an email using Siri, I end up having to make so many changes to the text that it would almost have been easier just to type it all up myself. For me, the prospect of a “smart” assistant is alluring because it brings up a vision of the future where, instead of having my eyes glued to my phone at all times, I can simply ask my phone to carry out some of those more tedious functions — therefore freeing up my time to do something more interesting and productive.
There have been numerous head-to-head tests of all the various voice assistants on offer, from Siri to Alexa to Cortana to Google Assistant — and while some of them perform better than others, they are still, on the whole, not to be trusted on their own. As Jeff Dunn of Business Insider notes, “There are numerous instances where using a web browser is simply faster for doing fundamental tasks.” But there are also times — like when your hands are full, or you and your device are in separate rooms — where it is so much easier to shout out to Alexa to change the song than it is to drop everything and scroll through a playlist to find what you want. 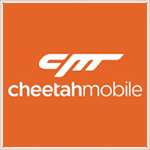 There are a few things to unpack here. First on the list is that, despite constantly referring to our phones as being “smart”, they are, in actuality, not as smart as we make them out to be. We should be deeply grateful that smartphones give us access to the sum of human knowledge, but if we measured the intelligence of these devices, they would fall short. Secondly, even though Amazon, Apple, Google and Microsoft hail their voice assistants as providing “rich and intuitive experiences” (Amazon) or a “truly personal digital assistant” that “learns over time to become more useful every day” (Microsoft), the reality is much different.
As part of a consumer survey, participants were asked how often they used smart assistants, and on which devices. The survey reported that 15% of smartphone users said that they never used it; 25% said they used a smart assistant once a week or less; and another 31% said they used it several times a week. While the remaining 29% of users all said they used a mobile voice assistant at least once per day, the fact that the vast majority of users use their phone’s assistants sparingly or not at all suggests their failure to take hold amongst the public.
The whole point of having a voice assistant — and any other assistant, for that matter — is to make things easier for you. Not only are they able to carry out the day-to-day functions that you yourself might find tedious, the best assistants are also able to anticipate your needs and address them before you even realize those needs exist. Current smartphones lack this crucial ability, but AI advancements could make it possible.
In order for AI to anticipate our needs on smartphones, then, it needs to be baked into more applications. At Cheetah Mobile, we’re developing our own AI platform that will be built into all our applications and services, including Live.me (recommendations, content moderation), News Republic (personalization), PhotoGrid (computer vision), and Cheetah Ads (smart exchanges, targeting). Giving our AI platform more opportunities to interact with users will not only help the platform itself learn and develop, it will also hopefully make users more comfortable with the day-to-day benefits of AI. Cheetah Mobile is also working on developing our own AI assistant, which we’ve paired with personal speakers. We know virtual assistant isn’t quite smart enough, yet, but it’s all part of a learning process on the way to making the world smarter. 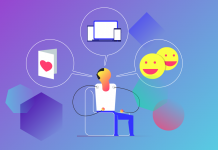 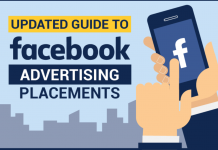