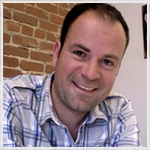 Blockchain. If you haven’t heard about it yet, you will. It’s the ingenious technology underlying the success of bitcoin and other cryptocurrencies. Not only that, but it’s now poised to be a game changer for industries across the spectrum.

Internet advertising stands to gain massively from blockchain protocols in a future that benefits publishers, users, and advertisers of every stripe. It’s time to get on board with this rising technology before other marketers leave you behind.

Although the term blockchain is most associated with bitcoin, it’s a standalone technology that can be applied to any need for secure information transactions.

A blockchain is an open, distributed ledger that can efficiently record transactions between parties through the internet in a verifiable and permanent way. This simple description provides two important features for advertisers.

First, because blockchain technology is distributed, it doesn’t require a single “warehouse” or data verification authority — meaning there’s no centralized source of control. The benefit is that no one party can control the information stored in the blockchain nor add middleman costs to the relationship between publishers and advertisers. This increases confidence for both, particularly given that the middlemen are significant costs: Google alone generates more than $5 billion a year through the Google Display Network.

Second, every bit of information is verifiable and unable to be altered without the public cooperation of verified blockchain participants, so data retrieved from the blockchain is trusted. Trust is critical in today’s climate of fraudulent advertising and bot-driven ad clicks.

A New Way to Advertise

One piece of tech taking on the trust gap is Brave, a web browser and digital advertising project started by former Mozilla CEO and JavaScript creator Brendan Eich. It’s a new approach to browsers that implements a user attention tracking system based on actions such as mouse hovers. Brave integrates with a credit system known as basic attention tokens, which are paid to publishers for content and users for verifiable attention (as opposed to fraudulent ad clicks).

But where does blockchain enter the story? It’s the backbone of the project, as basic attention tokens need a reliable way to be tracked. Brave provides just that: a decentralized and transparent digital ad exchange based on the blockchain used with the ethereum cryptocurrency.

This represents a new paradigm motivated by the current massive inefficiencies in a system overrun by middlemen, trackers, and fraud, all of which waste bandwidth that users are paying for. That bandwidth is significant: The introductory video for Brave cites a New York Times report stating that about half of data from the top 50 news sites is ads.

There was clearly public support for this idea: The Brave project raised $35 million from its initial coin offering in less than 30 seconds.

Getting on Board the Blockchain Train

Interested in implementing blockchain for your own advertising initiatives? Here are a few interesting and unexpected ways to leverage this system:

The era of blockchain is coming, and advertisers who embrace it early will benefit from its disruptions to today’s world of massive fraud, expensive middlemen, unreliable tracking and placement, and privacy concerns.