ADOTAS – Real-time bidding has proven pretty swell for the automated buying of remnant inventory, but what about premium? Can’t programmatic buying be introduced so media buyers can pick and choose from Class 1 stockpiles through their DSPs and other tools? Or is that merely a pipe dream?

No, says isocket, which has made such programmatic buying of premium inventory a reality through the introduction of its BuyAds.com API. Now publishers using iSocket’s automated direct sales product — a flat-fee tech service (no commissions!) that allows them to set inventory prices as well as accept or reject offers — can offer their premium inventory to advertisers through their media buying platforms.

While bringing this kind of programmatic buying into its platform has been in the cards since the inception of isocket, founder and CEO John Ramey admits says the display industry has matured faster than he was expecting due to the entreaties of the buy side. But, as he explained in something akin to a manifesto on the isocket blog, since the groundwork has been laid through RTB use on the remnant side, it was time to take to bring automated buying systems to Class 1 inventory.

“The value of humans is not in punching loads of data into machines,” Ramey says. “It’s in forming meaningful relationships with advertisers.”

We caught up with Ramey and new Vice President of Sales Ben Trenda to hear more about the brave new world of programmatic buying in premium inventory, isocket’s integration with DoubleClick for Publishers and what the plans are for its recent round of funding.

ADOTAS: What was the inspiration for isocket’s automated direct sales platform? Did you look at that LUMA Partners map one day and lose your lunch?

RAMEY: It’s honestly easy to be inspired when there is such a clear, big, painful problem for people. It started with the pain I felt in my last business as a media buyer. Then it continued and grew as more customers and people in the industry reinforced that this is a giant problem no one is really tackling the right way. We’re a company of obsessive product builders, and we wanted to alleviate this pain for people.

Terry Kawaja’s map isn’t in and of itself a problem. But what is missing from that chart underscores why we’re here – almost all of those companies deal with unsold inventory and how to optimize it. There’s a giant lack of modern, well built, well designed, actually-makes-things-better tools for direct sales, which represents more than 70% of digital display.

This chart inspires us: 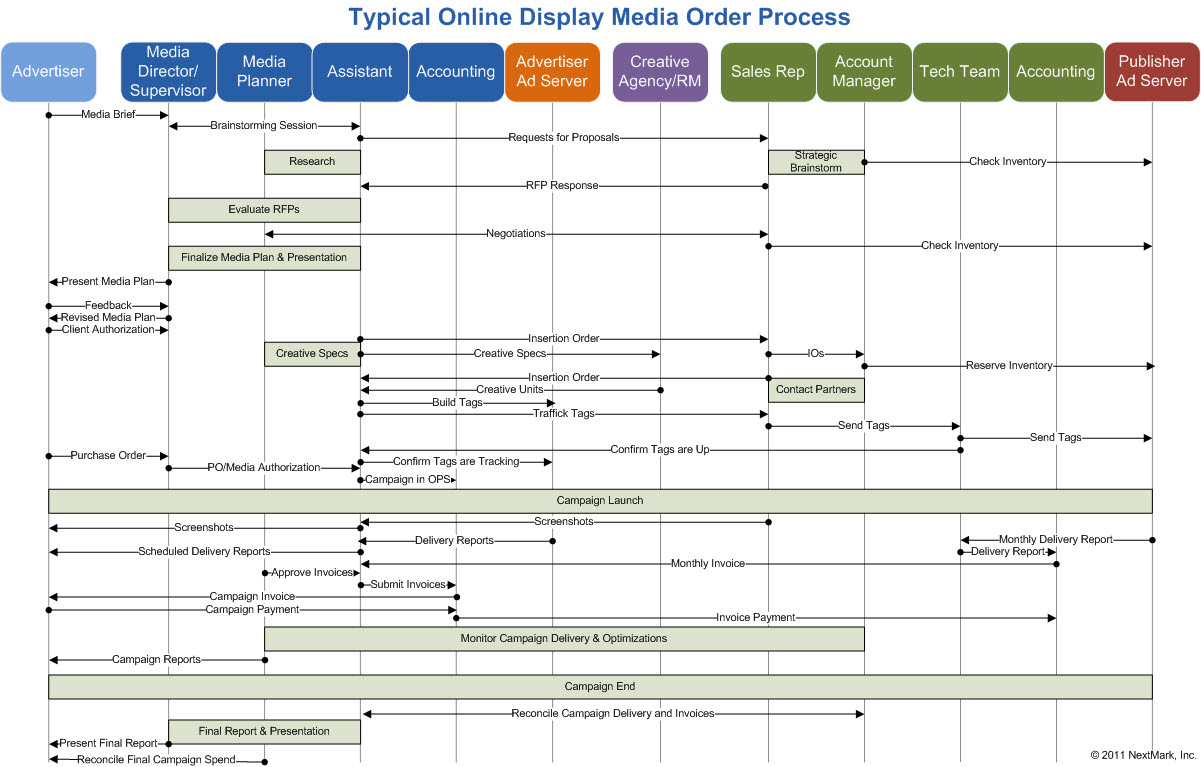 How does the BuyAds platform build on isocket’s existing service? Was it always in the plans to hook up with media-buying platforms?

We’ve always been building towards a platform business. The isocket.com direct sales SaaS tools, like our self-service features, were designed to be the first steps down this path. Launching the BuyAds platform is just another step, with more to come.

How do you explain to publishers how your service is different than an ad network? How about to an agency? Is it typically a difficult conversation?

Honestly, it’s an easy conversation. When you get past the hype and spin from the companies in the Luma chart and actually talk to the end buyers and sellers, there is a very clear distinction between direct/premium buys and liquid/remnant buys and they know very clearly what their pains are. There are many shades of gray to the remnant world, but there is a clear distinction between what is bought/sold directly and what isn’t.

No joke, we get asked “What’s the catch?” much more than “Why? I don’t get it?” People are so used to overly complicated ad tech companies that sometimes we have to spend time convincing them we aren’t pulling their leg.

Do publishers still have the ability to reject ads when using programmatic buying on the BuyAds platform?

Absolutely. No order is ever accepted unless the publisher approves it.

Despite what some people say, size matters — what size publishers are you aiming isocket at? Are you hoping to expand that pool to larger or smaller publishers?

Size matters, but it’s also how you use it! Publishers are invited to join isocket, and we reject about 90% of those that apply to join cold over the transom. It’s important to us that our inventory index is hand-curated and has legitimate premium inventory and properties.

This is clearly not a long-tail solution. But the flip side is that as the process of direct sales becomes easier, it becomes available and appropriate to more and more people. We’ve seen publishers that normally wouldn’t be able to stand on their own solely using hand-to-hand methods, but have been very successful with us.

Can you explain how the DoubleClick for Publishers integration works? How much do you believe this will expand your publisher base?

The DFP integration is fantastic and solves lots of traditional problems. For example, the whole process of coordinating ad tags and daisy chaining pass-back waterfalls is not only a time consuming logistical mess, it creates opportunity cost for the publisher because they have to “give” inventory to someone. That’s fine for remnant RTB, but a barrier on the direct side.

What we’ve done is create a pipe directly from demand side tools (by this I mean not just DSP’s but also the media planning systems and RFP management systems that agencies use) straight into the publishers ad server. Everything is transparent, the publisher has full control, and if they approve the order it gets injected into their DFP as a line item no different than if their ad ops team entered it by hand.

Since soft-launching the DoubleClick partnership earlier this year it has been very successful for our publishers and both Google and isocket. We’re very excited to take it to a broader market.

How did you lure over Rubicon Project’s Ben Trenda — tuna fish sandwich?

TRENDA: Funny story actually… A few months ago when I was running the marketplace business at Rubicon, which is now the second largest RTB platform after Google, I saw a little blurb in an industry blog about isocket’s integration with DFP. As you may know, we had just launched Rubicon Private Marketplaces and were getting market traction, but the thing I was always thinking about was how to bring better inventory into RTB.

One challenge with RTB is that all the RTB platforms (SSPs/exchanges) take inventory off the bottom of a publisher’s ad server, such as DFP. As you know, I’ve been a huge proponent of programmatic trading— but I want to see us collectively elevate the discussion beyond RTB, which is one piece of programmatic. I started up a conversation with isocket thinking we might acquire them, but ended up joining the company instead, because I really wanted to solve the bigger problem – and isocket is in the best position to do so.

If you talk to agency and holding company CEO’s (part of my job at AOL and Yahoo), they’ll tell you it costs them nine times more in overhead costs to spend a dollar in digital than it does in TV. We can talk about time spent all day long, but we have to solve that problem as well. Most of ad-tech today is focused on automation (algorithms, data, etc) around Class 2 liquid inventory…  Meanwhile, the vast majority of digital display spend — and pain— happens in Class 1, publisher direct to agency business.

Word has it you guys just scored some funding from new and existing investors — what are you planning to do with this money pile? Vegas?

RAMEY: Yes, we did close a new round of financing. Free Teslas for everyone!

We were all excited about what we accomplished with our seed round and felt it was the right time to turn things up a notch. isocket has been pretty quiet as a company the last two years as we’ve been building out the foundational pieces (like moving out of my apartment!), and while we’re still young and have a long way to go, it was time to accelerate. We’re adding a few sales and engineering people to our very small team, including a NYC presence.